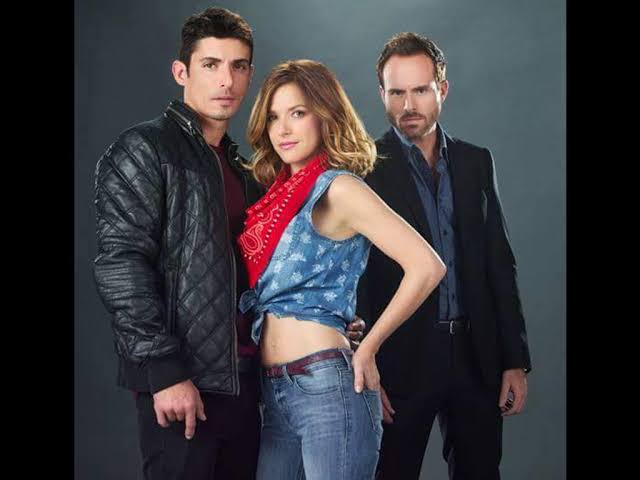 Sonia wants her daughter Maria to be recognized as a Coronel later Florencia is accused of torching the Coronel vineyards, who is the culprit? February teasers on I forgot I Love you.

Romulo surprises Florencia at the party introducing the special wine of Rivero Winery, where Melchor and Gilberto are guests.

Florencia confronts Gilberto for ruining Romulo’s negotiations. Chavero and Gilberto point fingers at Olivia as the suspect of the assassination attempt.

Maria Clara’s world crashes down when her little girl dies in an accident, but she escapes the Hospital to ask Chavero for help because she knows it was no accident

Maria Clara warns Melchor she will always be nearby to remind him he killed his grandchild and Melchor argues with Pascual after finding out they are on the verge of losing everything due to their debts.

Melchor tries to prove the Coronel family’s strength during Pascual and Sonia’s wedding, but Maria Clara shows up. Melchor and Gilberto bribe the Regulatory Agency President to get the Certificate of Origin back.

Alba interviews the attractive Manuel to work as her assistant, while Nuria has fun with Alfredo. In a rage, Dario reproaches Romulo for making decisions at the Winery and Melchor suffers an accident.

Gilberto looks for evidence of the woman whose death he witnessed. Elsewhere, Romulo does his best to participate in the administration decisions at Rivero Winery, but Florencia’s actions block his path.

Gilberto looks for evidence of the woman whose death he witnessed. Elsewhere, Romulo does his best to participate in the administration decisions at Rivero Winery, but Florencia’s actions block his path.

Sonia wants her daughter Maria to be recognized as a Coronel, which leads her to make bad choices. Meanwhile, Alba, Gilberto and Melchor look to help Maria Clara, who doubts the help comes without hidden reasons.

Gilberto finds out Alfredo’s fling with Nuria caused the inspection by the Agency to be cancelled. Also, Sonia removes all obstacles standing in her daughter’s way to becoming the only heir to the Coronel fortune.

Florencia is accused of torching the Coronel vineyards, but Chavero won’t say the name of the ‘witness’ accusing her. Alba feels she can trust Manuel after being her saviour, unlike Alfredo who was never around.

Melchor sees an opportunity after being told Felipe quit his post as President of the Agency, while Romulo talks with his lawyer about nominating Florencia for the job. Tuerto is recovering at the hospital.

Maria Clara falls right into Sonia’s trap, helping her attempt to convince Melchor she caused Alba’s miscarriage out of revenge. Gilberto decides to have Maria Clara admitted to keep her away from the Coronel.

Dario feels betrayed by his mother and sister when they fall for Romulo’s lies, accusing him of stealing from the vineyards. Elsewhere, Alfredo goes ballistic upon finding Manuel paying Alba a visit.

Romulo believes Florencia will accept his decision to attack the Coronel. Pascual and Gilberto see the Rivero family Attorney walk into the Agency, and Alba gets carried away by her feelings for Manuel.

Florencia and Gilberto cannot hide their undying love, although everything that connects them also pulls them away. Meanwhile, Magdalena asks Dario to settle his differences with his sister.

Sonia tries to intervene after seeing Melchor take control of all activities regarding little Maria. Gilberto shows Magdalena pictures of Irene and enquires about the vineyard Melchor handed over to Alonso.

Florencia is summoned by the Agency because Rivero Winery may lose their registration over the reported anomalies. Sonia confides to Pascual her plan to ‘look after’ Melchor.

In shock, Gilberto listens to the woman who pretended to be Irene under Melchor’s orders. An evasive Florencia asks Romulo for time to consider his sudden marriage proposal. Alba is bothered by Manuel.