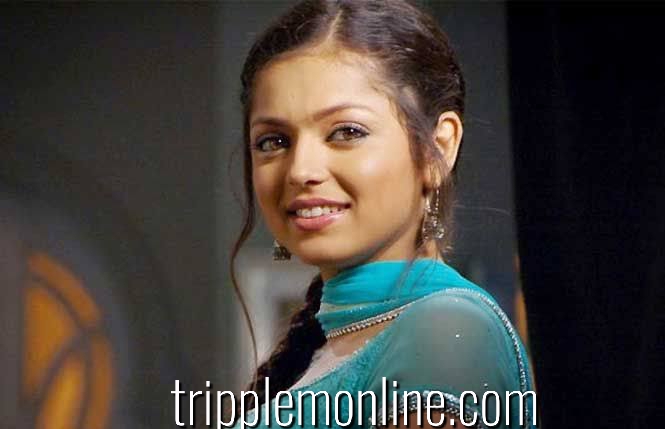 Geet is a simple girl whose life is about to take a turn for the worst after agreeing to her parents demands to get married.

Monday 16 December 2019
Episode 1
A girl tries to escape from a group of men who try to kill her. Darjee beats Geet when she comes home without her dupatta. Later, Geet’s mother worries as Geet hasn’t come back from college yet.

Episode 2
When a boy’s family comes to see Geet, she asks not to be married. Darjee apologises for Geet’s “immaturity”. Later, the prospective groom, Dev, agrees to the marriage and also announces that he likes Geet.

Tuesday 17 December 2019
Episode 3
Dev’s family agrees to the marriage and Darjee forces Geet to agree too. But Geet doesn’t want to move to Canada and Dev gets upset. To everyone’s surprise, Dev wants to talk to Geet in private as the elders decide to perform the pre-marriage ritual.

Wednesday 18 December 2019
Episode 5
Dev assures Geet that she will be comfortable in Canada. Geet is relieved that Dev didn’t tell his family about her wish to stay in India. Channi’s mother curses Darjee’s family. Dev gets a call which upsets him.

Episode 6
Dev informs the Handas that he has to go Canada and will not be able to return to India within a year. Daarji returns the bangles to Dev’s mother and refuses to get Geet married to Dev.

Thursday 19 December 2019
Episode 7
Daarji scolds Geet for meeting Dev. Dev informs Daarji that he has asked Geet to meet him. Later, the inspector tells Daarji that Ranjeet Singh’s wife has lodged a case against Brij.

Friday 20 December 2019
Episode 9
Daarji scolds Dolly for accusing Kamya of stealing the necklace. Brij tells Daarji that Dev and his family have gone to Hoshiarpur. Dev and his family visit the Handas. Dev’s mother returns the jewellery, but Daarji refuses to accept it.

Episode 10
Dev asks Geet to meet him in the garden. A woman tells Mohindar about Dev and his family’s misdeed. Dev professes his love to Geet. The woman refuses to identify the Khuranas.

Saturday 21 December 2019
Episode 11
Naintara tries to calm Dev’s mother and tells her that she has bribed the woman to lie to the Handas. The Handas and the Khuranas attend a festival. Dev suggests Geet to give a ganesh idol to his mother and the bangles to Kamya and Naintara.

Episode 12
The goons chase Geet into a jungle. Geet slips and falls in a river. A stranger rescues Geet. Meanwhile, the Handas and the Khuranas are worried on seeing Geet missing. Rajji tells Daarji that they have left Geet at the festival venue by mistake.

Sunday 22 December 2019
Episode 13
Brij slaps Geet for travelling with a stranger. Naintara confronts Kamya for stealing the necklace. The Handas and the Khuranas celebrate Geet’s mehendi ceremony. Mohindar tells Daarji that the Khuranas are not taking Geet to Canada.

Episode 14
Dev informs the Handa family that Naintara will be trying to get Geet a visa. Later, Naintara gets Geet’s signature on a blank paper and leaves for the formalities.

Monday 23 December 2019
Episode 15
Parminder tries to inform the Handa family that Dev and Naintara are deceiving them. Kamya patches Parminder with Naintara over the phone. Naintara makes her realise the situation and asks her to cooperate with them.

Episode 16
Geet’s family hands over the property will to Parminder. Dev, along with Geet, bid farewell from the temple after the marriage. Geet’s family breaks down into tears on Geet’s farewell. Dev and Geet are stuck on the road because of a car break down.

Tuesday 24 December 2019
Episode 17
Dev and Geet take shelter in a lodge for the night. Naintara becomes anxious on learning that Dev and Geet are missing. Naintara finds Dev and believes that he is deceiving him, but Dev slaps her for questioning on his character.

Episode 18
Geet panics on not finding Dev in the middle of the night. Dev finds Geet in distress and consoles her. The next day, Dev along with Geet arrive at the airport. Meanwhile, Maan wants to speak to the Handas for a property deal.

Wednesday 25 December 2019
Episode 19
Dev is tense. Parminder tries to alert Geet about Dev and Naintara’s treachery, but Naintara stops her. Geet drinks teh spiked coffee in which Dev had mixed a sleeping pill.

Episode 20
Geet feels dizzy and seeks help from the airport authority to find Dev. Meanwhile, Geet’s family prays for her welfare. Geet faints on learning from the airport personnel that no one by the name Dev Khurana has boarded the plane.

Thursday 26 December 2019
Episode 21
Geet tells Darji and Mohinderlaal that Dev went missing at the airport. Brij informs Darji that Dev did not go to Canada. Geet refuses to believe that Dev has cheated her. Her family is shattered to learn about Dev.

Episode 22
Chander Kaur informs Geet’s family that Dev had given her money to get him married. Darji tells his family to consider that Geet has not been married to Dev. Geet sets out to search for Dev.

Friday 27 December 2019
Episode 23
Maan tells Darji that his land documents are incomplete. Brij remembers that he had given the land to Dev. Later, Darji learns that Dev’s family had given the fake jewellery to Geet and lied about their status.

Episode 24
Darji prevents Geet from leaving the house. Rupinder locks Geet in her room. Lost in Dev’s memory, Geet refuses to have food. Later, she removes her mangalsutra and asks Darji to let her go to the college.

Saturday 28 December 2019
Episode 25
Geet tells Rajji about her plan to search for Dev. Brij gets angry with Darji for allowing Geet to go out. Will she be able to find him?

Episode 26
Geet is shocked to learn that her land belongs to Maan. She realizes Dev has cheated her and faints. Channi’s mother sees Geet and reveals her marriage to everyone. Maan has to carry Geet in.

Sunday 29 December 2019
Episode 27
Geet regains her consciousness. The Handa family question Geet for her deeds. Geet puts a piece of hot charcoal on her hands as a punishment. She informs the family that Dev had deceived her for money.

Episode 28
Geet’s family discusses her. Maan confronts Brij as he stops him from meeting Geet. Maan asks Geet to sign over a few legal documents to transfer her property. Geet spoils the papers.

Monday 30 December 2019
Episode 29
Dev tries in vain to convince Nayantara to visit India. Geet insists that her family should lodge a complaint against Dev for deceiving them. Geet shares her feelings with Mohinder.

Episode 30
Brij lies to the police that Geet is not in the house. Maan warns Geet’s family that he will send them behind the bars if he will not get the papers, signed. Maan sneaks into Geet’s house to search for her.

Tuesday 31 December 2019
Episode 31
Geet and Rajji strive to discover Dev’s whereabouts. Brij is eager to get Maan and Geet married for the sake of the property. However, Maan is furious with Brij’s decision.