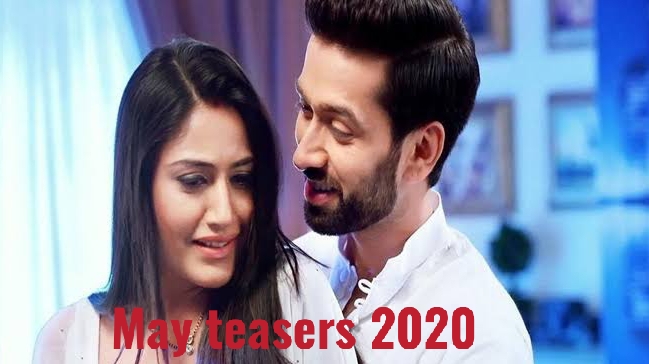 Game of love may teasers 2020: Meet Shivaay, whose life revolves around business and his two brothers – Omkara, the artist and the youngest Rudra believes life to be all about having fun.

Game of love is the story of the Obeiros and the woman in their life, catch all new marathon episodes on starlife this may 2020.

Meet Shivaay, whose life’s goal revolves around business and his two brothers. Omkara, the second brother is an artist and the youngest Rudra believes life to be all about having fun.

On Omkara’s insistence, Tej apologises to Janhvi for his misbehaviour. Later, Svetlana and Tej discuss their plan against Ashok. And what is Anika doing at the Oberois?

The minister sanctions Tej’s projects. Later, the pandit tells him that the person who does the maha aarti will be the heir of the Oberois.

A stranger sets himself on fire during the maha aarti. Shivaay assures Dadi that he will stay with Omkara and Rudra. Tej tells Shakti about his plan to acquire the farmers’ land!

Pinki tells Shivaay about Tia’s arrival. Tia tells her friends about her wedding plans. Later, Dadi learns that Tej and Shakti had lied to her.

Omkara makes fun of Rudra and tries to make Shivaay realise his mistake. Priyanka tells Anika about Shivaay and Tia’s engagement. Omkara advises Shivaay not to make his wedding a business deal.

The Oberois humiliate Anika. Shivaay advises Priyanka to make friends with people who can match their stature in society. Shivaay and Omkara rescue Rudra from some goons.

Anika signs a contract to handle the college canteen. However, the cake she had made for Sahil’s birthday party is delivered to the Oberoi Mansion by mistake. Will Dadi reveal the truth?

Dadi confronts everyone for their decision to divide the Oberoi Mansion. Omkara informs Shivaay that he has stopped taking drugs while Shivaay assures Dadi that he will stay with his brothers.

Priyanka informs Shivaay that Anika came to collect her keys. A reporter, Geeta sends a video of Tej and Svetlana’s private moments to Shivaay and demands a huge sum of money. Later, a stranger tries to kill Shivaay!

A stranger abducts Sahil. Shivaay survives an attack on his life, but refuses to postpone his engagement.

The doctor tells Omkara that Shivaay has been poisoned. Rudra signs a consent form to admit Shivaay to the hospital and start his treatment. The doctor informs the Oberois about Shivaay’s recovery.

Anika finds a goon trying to abduct Sahil. Meanwhile, the stranger trying to kill Shivaay, gets caught. Later, Anika and a few other people rescue Sahil. Omkara and Rudra try to cheer Shivaay up after he regains consciousness.

Anika and Sahil threaten Sundari and walk out of her house. Meanwhile, Shivaay is discharged from the hospital. The cops think Anika to be Sahil’s kidnapper!

Shivaay is shocked to see Anika in his room. He searches her bag for the chip while she lies unconscious.

Read next month on game of love