The story follows the lives of Khushi Kumari Gupta, middle-class girl from Lucknow, Uttar Pradesh, and Arnav Singh Raizada, a wealthy business tycoon rendered cold and ruthless after losing his mother and father to suicide. It is a story centered on how two seemingly different people can fall in love.

It has a total of 3 seasons and 398 episodes, making it a long run of romance and drama for it’s viewers. The serial Original network is Starplus and had televised from 6 June 2011 to 30 November 2012. It also showed on Glow TV in 2017 as Unforeseen Love.

The story follows the lives of Khushi Kumari Gupta, middle-class girl from Lucknow, Uttar Pradesh, and Arnav Singh Raizada, a wealthy business tycoon rendered cold and ruthless after losing his mother and father to suicide.

They first meet at a botched fashion show of the latter’s, where he mistakenly thinks Khushi as having been sent to sabotage his event. Inclined to ruin her reputation, he creates rumors of a false affair brewing between them, putting the Guptas (Khushi’s adoptive family) in a situation where they are left with no choice but to move away to Delhi to live with the girl’s aunt, Bua ji.

After a series of misunderstandings, Khushi finds herself hired by Arnav’s sister Anjali as an ethics instructor for his then live-in girlfriend, Lavanya Kashyap. In the process, and much to his chagrin, Khushi bravely challenges Arnav’s stubborn ideologies on god, love, death and marriage.

With much of her time being spent in proximity with the Raizada family, hatred soon begins to turn into attraction between the two. Trying to ignore their feelings for one another, Arnav announces his engagement to Lavanya and Khushi’s family gets her engaged to a paying guest living with them.

It turns out that the paying guest is actually Shyam Jha, Arnav’s brother-in-law, who is already married and has been lying to Khushi and her family.

Khushi is asked to organize Lavanya & Arnav’s engagement party. A series of events lead Lavanya to realise that Arnav is in love with Khushi & she breaks off her engagement.

Khushi’s sister, Payal, gets engaged to Arnav’s cousin brother, Akash. The Guptas soon learn that Shyam is the son-in-law of the Raizada family & kick him out of their house. They keep this from the Raizadas as they don’t want Payal’s wedding to stop. Shyam’s true intentions are revealed as he repeatedly tries to kill his wife Anjali so he can be with Khushi.

Khushi makes friends with NK (short for Nanda Kishore), Arnav’s cousin brother from Australia. Khushi and Arnav keep challenging each other during the rituals of the marriage. The both of them slowly start realising their feelings for each other.

Nani, and Arnav’s sister, Anjali, see that something is going on in between them and try to play matchmaker for Khushi & Arnav.

When finally Arnav realizes his feelings, a misconception leads Arnav to believe that Shyam & Khushi have been having an affair and Khushi is the one trapping Shyam.

At Akash & Payal’s wedding, Arnav blackmails Khushi to marry him for six months to make Shyam think that she moved on and keep him from divorcing his sister.

At the end of the wedding celebration, both their families find out that they got married without their consent & Khushi’s family disowns her. 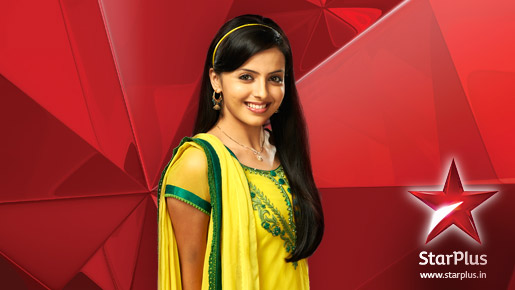 Khushi has a terrible start to her married life: everyone is angry with her & Arnav tells her to sleep outside the room. She is later forgiven at the Holi festival by the family and Arnav all but confesses his feelings under influence of bhang to an unconscious Khushi.

He has also started feeling that she wasn’t really involved with Shyam and there’s more he doesn’t know. Shyam is furious and arranges Arnav’s abduction but Khushi rescues him.

After coming home they reveal Shyam’s true face but Anjali refuses to believe them. Shyam is thrown out of the house but Anjali continues meeting him secretly.

Arnav’s paternal grandmother enters the scene. She is instantly disapproving of Khushi. Arnav is totally in love with Khushi and wants to take their relationship to the next level.

The family discovers that no rituals were performed when Arnav and Khushi eloped and they refuse to recognise them as married. Khushi returns to her parents’ home and their wedding preparations begin.

It is revealed that Arnav’s father committed suicide because his affair with Khushi’s adoptive mother was discovered by his wife. Arnav’s grandmother tries to convince him to break off his relationship with Khushi but Arnav anyway marries her forgetting his past and moving on.

Arnav and Khushi start making plans to make Anjali realise that Shyam was the one who initiated her miscarriage. They find proof on his computer and enact a play to bring out the reality. After know the truth, Anjali slaps Shyam and the police arrest him and take him away.

Then a boy named Aarav enters the Raizadas’ home followed by Arnav’s old friend Sheetal. Khushi observes similarities between him and Arnav, and Sheetal tells her he is Arnav’s son.

After a series of events, Arnav and Khushi find that Aarav was an orphan being used by Sheetal to get Arnav and his property. The couple happily adopt Aarav as their son.

After a few days leap, Khushi expresses her wish to be independently successful and decides to participate in the Mrs. India beauty pageant. She ends up winning the competition despite several odds and the family is shown happily together.