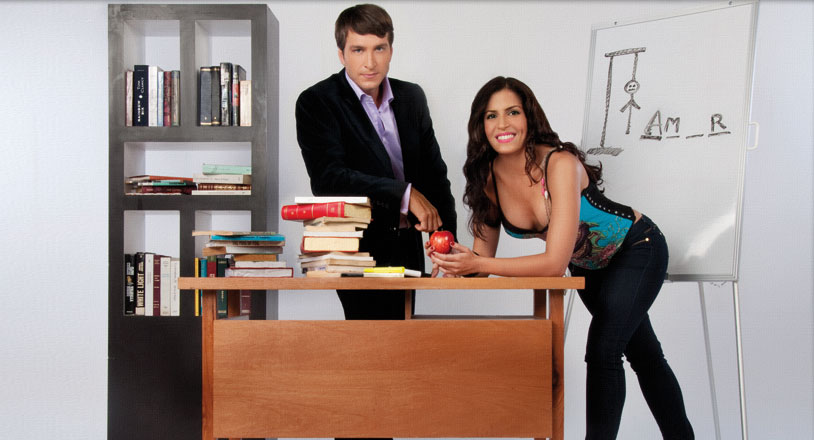 Follow the story of six women who try their best to become The perfect woman on Eva channel this April. Find first teasers below…

This is actually a rerun of the series on Eva channel as it first televised sometime in 2015 when Eva was first introduced to Dstv.

Monday 1 April 2019
Episode 1
Micaela is a strange girl, who describes her life in a very extravagant way, filled with too much information, information that sometimes give her a lot of problems, and other times puts her in pleasant situations.

Tuesday 2 April 2019
Episode 2
Santiago asks Micaela why she hit him, but she runs away scared. Beto arrives at his house to find his wife taking pills, which makes him really angry. Nene takes his girlfriend to see the huge apartment he bought.

Wednesday 3 April 2019
Episode 3
Micaela is taken hostage and is obliged to cooperate with the thieves. Guillermo meets his millionaire friend Polanco and confesses he’s interested in a married woman.

Thursday 4 April 2019
Episode 4
Micaela leaves her house to go to an interview and runs into Santiago who was waiting for her, she smiles when she sees him, but he just points at her and the police arrest her.

Gala surprises Santiago when he’s holding Micaela’s hand, which makes her really angry. Lucía wants to get close to Guillermo, so she makes up the excuse of taking him the book she’s writing.

Dr Santiago decides to drop the charges against Micaela, since ther isn’t enough proof. When Santiago tells Gala about it, she becomes furious, as she thinks Micaela is guilty.

Nené, after leading Sanchez astray, goes to tell Micaela what happened, and helps her to escape. Minerva tells her psychologist, Guillermo, about how she confessed her love to Cruz Mario.

Santiago tries to get to know Micaela deeply. Carolina finds Dr Daniel and shows him some surgical studies related to the operation she wants to have done.

Santiago wants to report what Micaela has just told him, but she doesn’t want him to do that. The night of the premiere arrives and everyone goes all out to look elegant.

Guillermo leaves the theatre and, feeling dizzy, goes to the restroom to cool off, but he faints in there. Santiago is dazzled when he sees Micaela. He is astonished and tells her how beautiful she is.

Nene tries to apologise to Eva, but she is very upset and decides to kick him out of the house. Carolina tells her friend about what happened when she met her surgeon at the restroom.

After speaking with Nene, Micaela starts to wonder whether she could be in love. Later, Dr Santiago tells Micaela that he has to go to the police station to talk to Captain Pereyra, which makes her nervous.

Gala, shocked by Micaela’s answer, gets really mad and asks for explanations. Micaela reads a report on love and its different symptoms, and as a conclusion she realises that she’s in love with Dr Santiago.

After realising she’s in love with Santiago, Micaela breaks down. Carolina goes to the clinic to have surgery. It’s finally her turn, she trusts in her doctor and lover to operate on her.

Lucía finds her brother and asks him how her friend is. Micaela finds out about the false medical report that Daniel made and she tells Santiago. Santiago goes to Daniel’s office to ask for explanations.

Beto talks to Carolina, she is in a delicate state because of the haemorrhage she suffered during the operation. Chabela tries to throw Vanesa out of the house to be alone with Lucho.

Lucho finds himself in a romantic evening with Chabela, but he doesn’t know that Vanesa is in the same flat. Guillermo visits his daughter, and meets Santiago. Guillermo advises him to meet with Micaela.

Micaela asks her boss for permission to go to a soccer match. Surprised, he tells her that he has tickets for the game, and invites her to go with him. Minerva finds that there is a plan to harm Nené Lopez.

Captain Pereyra announces that Sánchez is missing. He arranges an operation to track him down. Lucía visits Carolina at the clinic, and she tells her friend about the romance she is having with an older man.

Micaela and Santiago kiss for the first time, and Shirley comes in and surprises them. The news of Nene’s injury makes Eva and Estrella get worried, they can’t believe he won’t play football anymore.

Micaela gives her boss a resignation letter, but he refuses to accept it. Santiago meets Polanco and his assistant to close the clinic deal, but the doctor is still not convinced of selling.