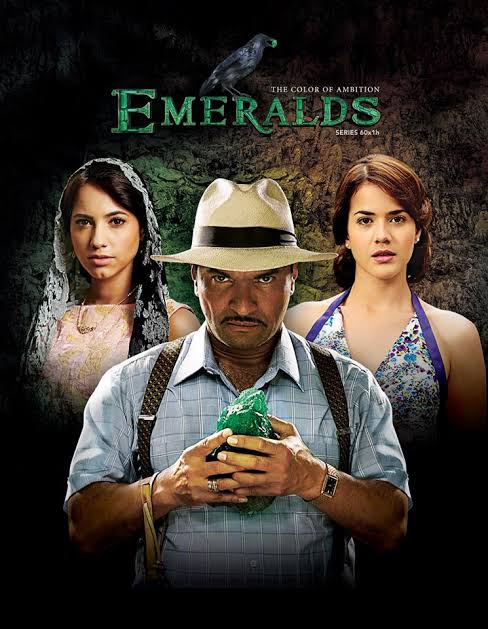 Emeralds on tv3 is a new series about the Guerros, a family who move to La Victoria in search of greener pastures, however their lives and family bond get turned inside out by the greed and lawlessness prevalent in the city because of the green stone.

La Victoria is a small town that may be very well described as a “green hell” where the ways of the jungle is law, fed by the greed awakened by emeralds.The Guerrero family will arrive there thinking that they could escape the violence of the city they have been victims to. Alejandro Guerrero, father of Ricardo, Eduardo and Olga Guerrero, are forced to live in this distant place, where the emerald bonanza generates blood and violent episodes that are repeated from one generation to the next.

In the middle of this war, Alejandro will have to face Patricio Ortega, the great patron of the region, from the moment of his arrival they will clash not only because they have opposite principles but also because the most wanted woman by the Patron, sets her eyes and her heart on him. 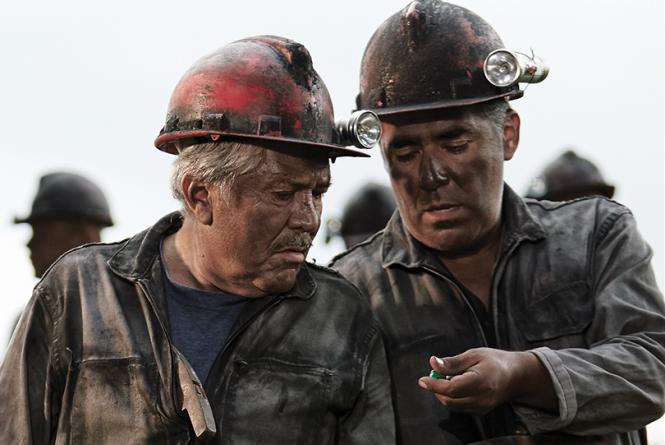 As the war in La Victoria deepens, Alejandro Guerrero will face a difficult personal battle as he watches how his three children take paths that go against their principles:

Eduardo will become everything Alejandro despises, a greedy, limitless and soulless man capable of fighting his own brother to death for the power of the region, especially for the love of a woman.

Olga will take the wrong path by marrying a man and loving another one; she will dedicate her life to saving an impossible love with the town´s priest.

Ricardo, who seemed to be the only one that would follow his father´s values, ends up committing the only sin that will ruin his life for many years: falling in love with the woman who will soon become his brother’s wife, a secret that will be unveiled when she gets pregnant and nobody knows which one of the Guerrero brothers is the father. 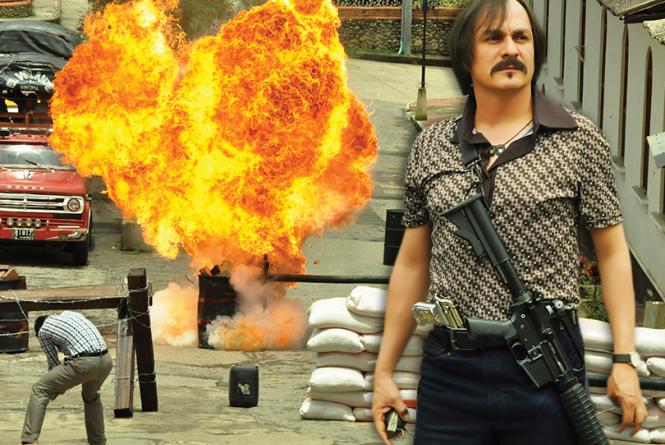 This saga doesn´t seem to have an end, counting the three bloody wars that have taken over the region; where confrontations are generated in the rush to become rich, creating the Emerald War.

He is a second year Engineering student. The evil seed is planted in his subconscious. He is wicked and suspicious of others; therefore, he has the gift of arranging every situation to his preference. Curious, handsome and with great appearance. He takes risks and is afraid of nothing and that´s why he steps over other people and always gets what he wants. Machiavellian and bold. He loved his mother deeply and adores his sister, Olga. Reckless, rogue and a gambler. With time, and very much in his style, he begins to take advantage of the town´s culture. He is a “pretty boy”, with soft hands; a manipulator and a flirt. He is a winner by excellence. He is a great student who quickly learns the secrets of the mines because he wants to become the strongest emerald producer of the region. And, as if it wasn´t enough, he came with a touch of the gods, because the good reputation Eduardo has in La Victoria, grows to the point in which people are sure that emeralds look for him and not the other way around. 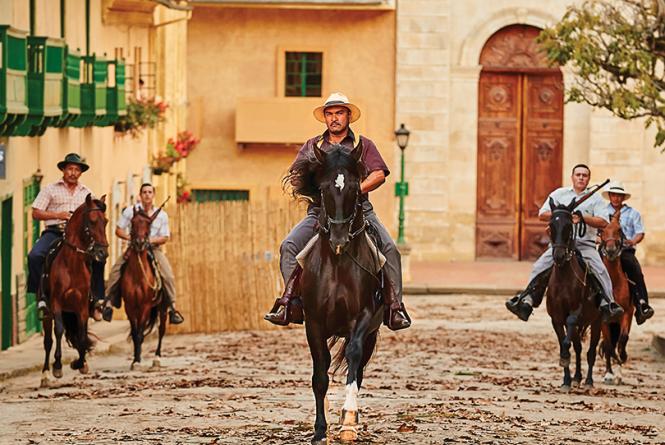 He must deeply study the mining business since, as any good city accountant, has no idea how the business truly works. Pacific, quiet and a conciliator. He adores his sister, Olga and protects her above all things. He is obedient with his father, Alejandro, and corrects his brother, Eduardo, on his values. Ricardo is cautious, compassionate and affectionate; he has a good heart and is very sensitive. He is balanced and fair and supports his father, Alejandro, in most of his decisions. More than his confidant, he is the only one of the Guerrero brothers, who truly understands his father´s feelings.

The daughter of Alejandro Guerrero and sister of Eduardo and Ricardo. She has revolutionary and cutting edge ideals for the time, thanks to her belief of peace and justice for all. When she arrives at La Victoria, she is criticized as a libertine woman and judged for her city customs. She has an exuberant beauty and an indomitable personality. She has leadership qualities and loves knowledge and personal growth; therefore, she ends up teaching all the women in the region how to read.

She is the only one who can tame her father, Patricio Ortega. In fact, she is the only one who sincerely defends him because she truly loves him. Thanks to her advantageous financial conditions and her mother´s – Gladys – overprotection, Esmeralda is an elegant, refined and well-mannered young lady. Even though she comes from a small town, she had the opportunity to get an education in Europe and this is why she has been influenced by a world that goes beyond the regional borders. She is cultured and has a calm temper. However, she loves the country, horses and the appeasement of the simple life. She is sweet, smart and sensible. She stores a balanced and fair character in her heart that disagrees with her father´s outbursts. Her sweetness and beauty produces in the Guerrero brothers a spell very similar to the one caused by the precious stone of the zone. They both fall in love with her and life will not reward her with love, making her destiny a tragedy.

Well known as the strongest emerald boss. Married, has one daughter and earns people´s respect with force and will. He is street smart, intelligent, he is always one step ahead of everyone else. The “capo”, the chief. His weakness is his daughter, Esmeralda. He would rather give up his throne than give his daughter to a man he doesn´t like. He is malicious, a strategist, suspicious of everyone else and his motto is: “I´m the boss here”. He has a child with every woman he sleeps with and turns all of them into his godsons or goddaughters. Everybody in town knows Patricio Ortega´s modus operandi, including his wife, but nobody dares to confront him and even least, to publish it. Not only will he have to fight against the Cacique Casas and Zarco, who want to take his throne, but he will also have to deal with the new exodus of people arriving in town in search of the emerald bonanza. Patricio Ortega is the owner, boss and lord of the commerce and distribution of the emerald market in the region, thanks to the fact that he has his own distribution network; this network operates by paying off everyone from the mine´s guard, to the bank´s manager, all the way to the army, who carries out the road blocks on the way to Bogota.