Just this evening the 6th of June 2018, the president of the Federal Republic of Nigeria, Gen. Muhammad Buhari took to his official twitter handle to declare June 12th of every year as democracy day and no longer May 29th.

He had this to say:

“June 12th 2013 was the day when Nigerians in millions expressed their democratic will in what was indisputably the freest, fairest and most peaceful elections since our independence. The fact that the outcome of that election was not upheld by the then military government does not distract from the Democratic credentials of that process”

Due to this reason, and after wide consultations, he released an official letter on his twitter handle to that effect. 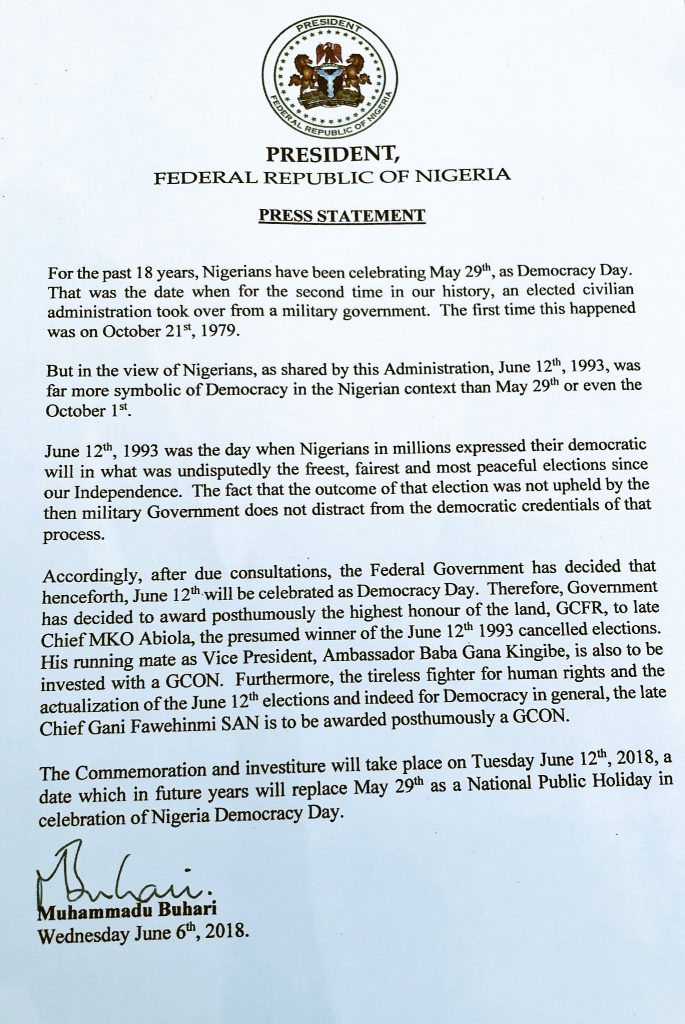 Instagram will now help you manage your time, find out how