The much anticipated and highly publicized Telemundo series, Blood and wine (Sangre de mi tierra)  will finally be airing today the 7th of May 2018.It will air by 4:00pm WAT and 3pm CAT on DSTV and GOTV for its African audience.

The contemporary series center on intensified conflicts between the two families of Montiel and Castaneda caused by the death of a son. It follows the Castaneda family’s quest to avenge the pain of the untimely and undeserved death of their son (Emilio, played by Daniel Elbittar) by attacking the culprit  and his family.

This quest will however destroy a long standing friendship and family history between these wine producing families of Napa, California.

Adding to the conflict is an illicit  budding love affair between Paco Montiel (the father of Juanjo – the reckless young man whose excesses caused the death his best friend, Emilio Castaneda) and Paloma Castaneda (The youngest daughter of the Castaneda family). 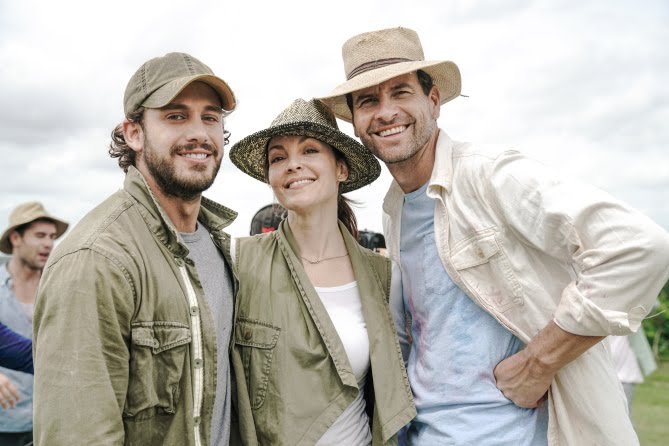 The series had first been televised on other Telemundo networks between the period of November 2017 and February 2018 and is finally making its debut today Monday the 7th on Telemundo Africa. 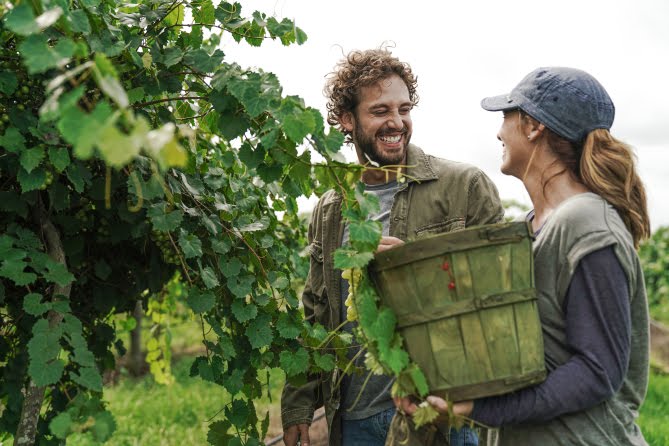 While it first aired, Blood and wine gained positive reception from its American audience, the setting which features the lush and expanse green land of Florida appeals to the visual senses of  its audience as well as its contemporary theme.

Hopefully, Nigerians and other African countries would also be swept up by the passion and drama of this 59 episodes series.

May teasers with credits here:

The Montiel and Castañeda families meet as usual to begin the harvest. Emilio and Juan José buy a van to fulfill their dream of travelling to Ushuaia.

At Emiliano’s funeral, Crisanto makes it clear that the friendship between the two families has been damaged forever. Juanjo is put in jail.

Mercedes confronts Crisanto for firing Paloma and Aurora. Natalia tells Paco that all her problems are because of Juanjo.

Juanjo gets into a fight in jail. Aurora goes to Roberto’s beach apartment with Serena, who tells her to forget about Juanjo.

Paloma and Jordán start working in Epifanio’s restaurant. Roberto tells Aurora that he loves her, and tries to kiss her.

Smith tortures Juanjo to try to force him to say where he is hiding the drugs and money. Roberto hires Aurora in Matías’s project.

Juanjo is shocked to see Aurora pregnant and holding hands with Roberto. Crisanto and Mercedes are upset to learn that Juanjo is free.

Aurora gives birth to her baby prematurely. Roberto arrives at the hospital only after his son has been born, having been arrested.

Crisanto offers Roberto a job, but Roberto asks to be a member of the winery. Paloma confronts Roberto when she sees him checking Aurora’s phone.

Roberto begins to criticize everything at the Castaño Winery and tries to meddle in the accounting, but Crisanto doesn’t allow it.

A small fire in the warehouse ruins the accounting books. Serena and Juanjo study together, and Aurora feels jealous.

Horacio invites Aurora to give a conference in Los Angeles, but Roberto sabotages the trip. Crisanto asks Ramón Carmona to follow Kimberly.

Juanjo is attacked by three hooded men and left badly wounded. Goyo takes him to hospital. Aurora suspects that Roberto is to blame.

Crisanto and Dimas are detained, but later freed due to lack of evidence. Aurora goes to see Juanjo at the hospital with Serena.

Aurora asks Roberto to seek help with his jealousy or their marriage will end. Juanjo receives an anonymous telephone threat.

Juanjo takes shooting practice to protect himself from his anonymous enemy. Cándido sees that two of Iván’s men are working as waiters at the event.

Joaquín is found unconscious and taken to hospital. Candido is full of remorse. Everyone is worried about Juanjo’s disappearance.

Juanjo and Iván are face to face, each aiming a gun at the other, when the police turn up. Joaquín asks Crisanto to adjust the price of their grapes.

Aurora is shocked to see Juanjo and Serena kissing, and feeling overwhelmed, decides to accept Roberto’s proposal to move to Calistoga.