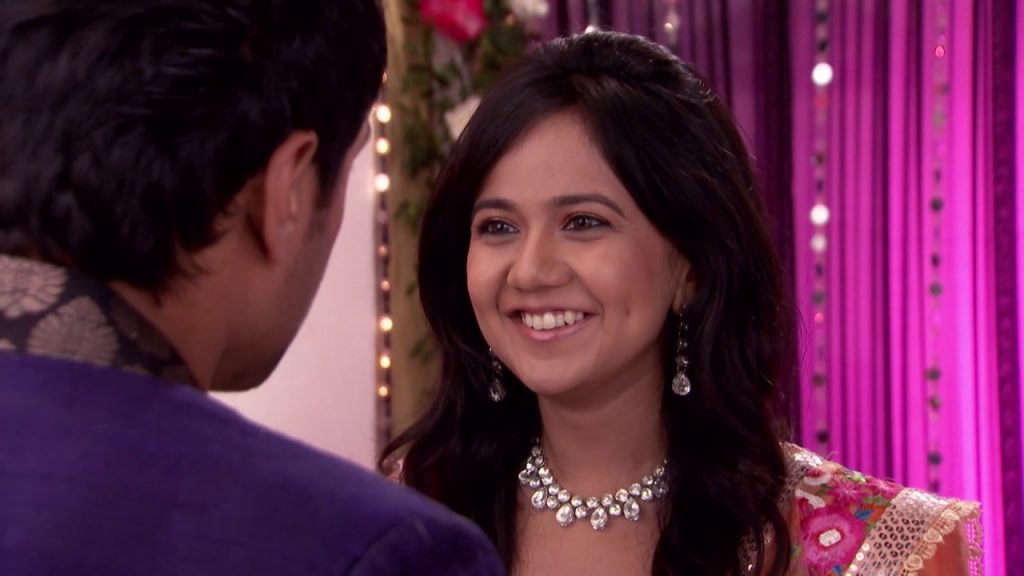 Shail together with Dolu’s hard work expose Charu, Seema and Sangeeta at the ceremony. Gunjan shocks everyone when she goes against her aunt’s decision.

Just as Gunjan is about to leave, Shail stops her. Charu promises to make Gunjan’s life more miserable every time Mayank moves further and further away from her.

Rachna’s engagement date is fixed. Mayank tell Charu that he can’t accept her. Charu lies to Mayank about her mother’s condition. Mayank lashes out at Gunjan and he blames her for all his heartache and pain.

Gunjan makes fun of Rachna wearing high heels for the first time. Vihaan shows an unusual liking for Gunjan which Rachna doesn’t like one bit.

After reading a message on Gunjan’s phone, Rachna starts to get suspicious of Gunjan and Vihaan. Charu’s parents send her furniture and it makes Shail and all the other family members furious. Charu starts to turn against Seema.

Rachna gets a drastic makeover for her engagement to Vihaan. Vihaan stages a motorcycle accident. Rachna, Gunjan and Shail face a lot of problems while preparing for the engagement.

Rohit tries his best to warn Gunjan about Vihaan’s evil idea. Mintu is back and he has his eyes set on Rachna.

Gunjan goes up to Rachna and just as they start bonding, the lights go out. Mintu plan succeeds as he kidnaps one of the girls. Vihaan finds out about what had happened and it leaves him restless.

Vihaan shocks everyone when he walks straight past Rachna and puts the ring on Gunjan’s finger. Sangeeta, Seema, Charu and Pihu also implement their plan

Everyone turns against Gunjan except Mayank, who is determined to find out what is going on. Rajeev starts to get suspicious of Vihaan. Gunjan goes missing.

Charu instigates Rachna into turning against her mom. Gunjan faces a lot of problems – luckily a familiar face helps her. Mayank promises Vihaan that when the time comes, he will expose him.

Thanks to Dolu, Mayank finds the letter Rohit left for Gunjan. Mayank corners Gunjan and he finally finds out the truth.

Gunjan overhears Vihaan telling his friend that all this is just a game and that he isn’t going to marry Rachna. Mayank and Gunjan work out a plan to expose Vihaan.

Mayank and Gunjan implement their plan – unfortunately things don’t go according to plan at all. Are they setting themselves up for a complete failure?

Just when it looked like all hope was lost, Vihaan finally gets exposed in front of the entire family. Rachna starts to get frustrated and upset of the fact that she’s always being compared to Gunjan.

Vihaan sees that Rachna and Gunjan’s relationship isn’t the same anymore. Gunjan rejects Mayank’s valentines gift and she tells him to move on with Charu. With the help of Dolu, Gunjan spreads happiness to the whole family on Valentines Day.

Vihaan invites Rachna to his Valentines Day party with the intention of getting his revenge. Rachna stands up to Vihaan in front of everyone. Mayank sees Rajeev dancing with Gunjan at the party and it drives him insane.

Rachna challenges Gunjan to the college competion for Fresher of the Year. Charu finds the photo frame Mayank made for Gunjan. Mayank threatens to end his own life if Gunjan doesn’t want him back.

Mayank takes a drastic step that leaves everyone in tears. Gunjan donates blood to Mayank. Charu tries to sabotage the family, unfortunately for her Rajeev spoils her plan.

Mayank regains conciousness and when he hears that Gunjan helped save his life, he falls even more in love with her. Gunjan sorts Mayank out and she asks him to give his marriage to Charu another chance.

Gunjan has a tough time forgetting about Mayank. Rachna is fully focused on the college competition. Charu creates a misunderstanding between Rachna and Gunjan.

Rachna’s hard work and determination pays off as she also makes it to the next round. Vihaan continues to try to get Rachna’s attention. Charu tries to lure Mayank, but he shows no interest.

Rachna tells Vihaan that he can be her mentor but, only because she wants to win at any cost. Charu continues to manipulate Rachna into thinking Gunjan is out to spoil her chances in the competition.