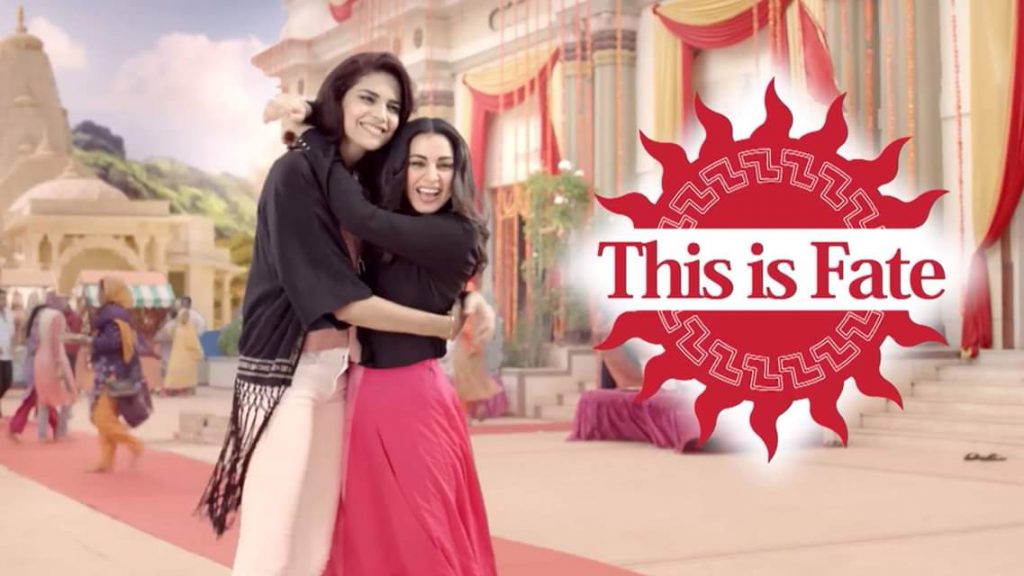 Preeta informs Sarla that Janki would be fine and sends Srishti to take both Sarla and Dadi home to get some rest. Preeta finds Sherlyn’s purse and gives it to Rishab. Rishab tells Preeta that Sherlyn was looking for it. Preeta and Rishabh talks about the chaos at her engagement.

Sherlyn watches Rishabh and Preeta speak to each other. She thanks Preeta for the purse and she leaves with Rishabh. He tells himself that he finally got the courage to say something to Preeta but he also wonders if Preeta understood his feelings for her? Prithvi comes behind Preeta but Preeta says nothing and she goes inside.

Sarla tells Beeji to go and sleep for a while but Beeji was worried for Janki. Shrishti says that Janki keeps the mood lighter at home. Prithvi comes inside with Preeta and asks about Janki. Sarla explains that they took her inside. He tells the Arora family that he has sent his family home. Sarla complements that she hasn’t mistaken to choose him for Preeta. Preeta asks Prithvi to go home since the day had been stressful. Prithvi requests for a cup of tea as he has a little head ache. Preeta goes to prepare it. Prithvi thinks until the tea has been given to him, he has to accomplish his mission. He says that first the ladies must leave him alone. He sends Shrishti to freshen up and she takes Beeji to her room. Beeji slips half way.

Sarla takes Beeji inside. Prithvi smirks and bends to pick up the keys from the floor. At the Luthra house, Karan was thinking about Preeta and utters the word “dumbo”. Sameer and Rakhi turns around, Karan makes up it was for Sameer. Rakhi drags his ear for calling Sameer a dumbo. Karan agrees. Rakhi kisses his forehead for agreeing and leaves. Sameer teases Karan but he wasn’t ready to reciprocate. He asks Sameer what he thinks about Preeta. Sameer says that sometimes one gets so important in our life and they always mention that person’s name.

Karan negates it, and says he only got used to Preeta because she is always around. Sameer asks why he is possessive about Preeta. Karan denies as she might marry anyone. Prithvi smiles at Preeta and he tells her that she should leave him alone for a while. Preeta goes inside. Prithvi decides to take the keys. He then thinks that he must only open a window. Shrishti comes out and asks Prithvi what he is doing? Prithvi lies to Shrishti that he had suffocation so he thought of increasing some ventilation. Shristi notices sweat beads even in such cold over his face. Prithvi tells her that the sweat might be because of some smoke.

Shrishti thinks about Rishab and Karan and calls them heroes for saving Preeta. She says that she never thought rich boys can be so good as even Sameer stood by her in difficult times. Prithvi takes his leave from Shrishti and Preeta. Shrishti shuts the window as they don’t want any chilled winds in the house. Prithvi thinks about some other idea to enter the house, he steps over the keys and turns to find his cell phone from his pocket before leaving. Shrishti was tensed about the risk Prithvi had taken. She recalls his anger. On the other hand, Sherlin’s mother comes to her and asks about Preeta’s engagement with Prithvi. Sherlin lies to her mother that she only got to know about it at the Luthra house. Her mother wasn’t ready to accept that Sherlin didn’t know Prithvi would be there.

Sherlin gets emotional and tells her mother that she left Prithvi just for her and she also sacrificed her love. Her mother insists that Rishab is a very nice man and that only he can get her the love she deserves. She tells Sherlin that Prithvi is crazy and doesn’t deserve Sherlin. Sherlin promises she will keep her concentrations on Rishab. Preeta smiles in bed thinking about Karan. She tells herself that Karan is already crazy, and it wasn’t because of the smoke around that got into his brain. Shrishti asks if she is thinking about Prithvi or Karan. Preeta was irked and questions if she has nothing better to talk about? She tells Shristi that Karan isn’t that special and points that it’s Shrishti who thinks about Sameer a lot these days.

Shrishti wonders how Preeta knew about her thoughts. Prithvi reaches a deserted road and thinks no one would ever notice he has murdered Janki. He boasts about his luck and having found the keys of the house while leaving. Rishab gets up in his bed feeling sleepless. He smiles thinking about Preeta’s concern for him. Rakhi watches him awake and comes inside with a bottle of water. She asks why he is awake so late. Rishab makes up an excuse that he was only enjoying some fresh air. Rakhi asks about his reason for the smile. Rishab says he was only thinking that sometimes one gets so important for the other and one can’t even express it to the other person. Rakhi thinks he was speaking about Sherlin and tells him never to share it with her.

She kiss his forehead and tells him to call Sherlin so that they can talk. Rishab tells himself that he so wish to call Preeta but it’s too late and he also wondered what he would speak to her about. Prithvi looks for Janki and comes to Beeji’s room. As he turns around he slips the rug. Beeji wakes up at once and comes out to look for the person as she had seen a shadow running from her room. Outside, she decides to wake everyone up as maybe it’ might be a thief. Prithvi takes a vase and comes behind Beeji to hit her head with it. Beeji turns around and she jerks the idea that maybe it is a mistake. Prithvi decides not to spare Janki. Preeta looks at her cell phone in case she will receive a call from Karan. She leaves the room in the middle of the night. Shrishti inquires whose call it is. Preeta makes up an excuse that its Prithvi.

Shrishti also forbids herself to stop thinking about Sameer. Prithvi opens the door of Sarla’s room. He was irritated and finds a photo of Preeta and the rest of the family. He speaks to the photo about how he will snatch their smile off their faces soon. He also says that Preeta and Karan has interrupted his plans a lot and he will marry Preeta and turn her life to hell.

Karan was irritated as Preeta doesn’t pick his call, he then ignores her call and attempts a video call. Preeta cuts the video call and calls him on phone. Karan asks Preeta if she was also sleepless like him. Karan guess they have been thinking about each other. Preeta also thinks that Karan was also thinking about her like she was. Karan tells Preeta he was thinking about Prithvi. He asks Preeta if Prithvi went to the Kumkum Bhagya kitchen and the store room earlier. Preeta says no. Karan makes it a point that how could the firemen asks for Prithvi’s help and how did he perfectly know the hall so well. Karan says that there is some huge issue with Prithvi’s credibility. Preeta tells her not to think much about Prithvi and focus on Sherlin.

Prithvi passes the hall behind Preeta and enters Janki’s room. Preeta was alert at the click of the door knob. Inside the room, Prithvi points a torch light over Janki’s face and says she has been lucky enough for today but now he will take her life. The main door behind Preeta opens up due to a heavy wind. Preeta wonders how this could be possible and also how could the door be left unlocked? Prithvi intends to cut Janki’s neck by the knife he was holding. He then thinks about the promise he made to Sherlin. He smirks and says that he won’t let her murder appear fake. He also recalls that Preeta attended the doctor’s call wherein the doctor told Preeta that there is less oxygen in Janki’s lungs and that they must lay her straight and not by side. Prithvi decides to press Janki’s face with a cushion and pushe it harder till she dies. Meanwhile, Janki’s hand tremble.