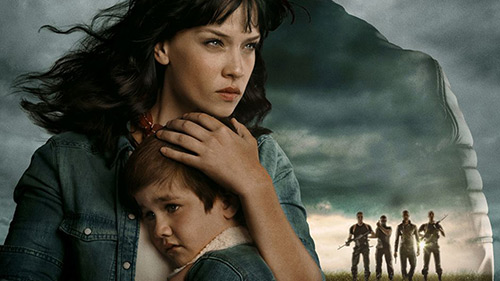 Samantha tells Felipe that he is the father of the baby she lost. Doña Mecha tells Vicenta that she knows someone who could kill Teca for them!

Monday 2 September 2019
Sofia hits Leticia with her car, leaving her badly wounded. Danielito, meanwhile, is stung by a jellyfish while bathing on the beach.

Tuesday 3 September 2019
Danielito hears gunshots, but Vicenta tells him that nothing happened. Teca needs immediate surgery, but the doctor insists that it’s impossible.

Wednesday 4 September 2019
Alberto misses Vicenta, and leaves a message for her. A fight breaks out between Gallo and Ruíz in the club. Meanwhile, Tablas interrogates Vicenta.

Thursday 5 September 2019
A tourist dies in La Posada, and Vicenta tells Lucas that she believes he was killed. Meanwhile, a sniper waits for instructions to shoot Alberto.

Friday 6 September 2019
Alberto investigates who gave the order to have him killed, using the snipers’ radios as clues. Meanwhile, Samantha tells Tuti that she lost the baby.

Monday 9 September 2019
Lucas spends the night with Nancy. Meanwhile, Juan Ramón takes Lucia to a room, threatens her and abuses her. Alvarito feels indebted to Tuti.

Tuesday 10 September 2019
Doña Mecha tells Vicenta that she knows someone who could kill Teca for them. Almeida tells Alberto who gave the order to have him killed.

Wednesday 11 September 2019
Alvarito gives his mother a briefcase containing a large sum of money. Pamela tells her partner that she’s interested in the drug smuggling business.

Monday 16 September 2019
Alberto and Smith are beaten up by other inmates. Meanwhile, Teca spends the night with Sofia, and thinks he is with Vicenta when he wakes up.

Wednesday 18 September 2019
An inmate records Alberto’s conversation with Azuceno. Meanwhile, Floyd makes it clear that Alberto will not be returning to his job.

Friday 20 September 2019
Gallo and his team infltrate the jail as security guards, looking for Alberto. Nancy reveals that she is suffering from an incurable disease.

Monday 23 September 2019
Samantha tells Felipe that he is the father of the baby she lost. Floyd asks Leticia to eliminate Alberto, and she decides to resign from the FBI.

Tuesday 24 September 2019
Vicenta and Nancy make their escape in a truck. Leticia is attacked by a hooded man. Josefina finds it hard to accept that Ruíz is not what he seems.

Wednesday 25 September 2019
Capo goes with his best men to avenge the death of his son. Juan Ramón decides that time has run out and the hostages must be disposed of.

Thursday 26 September 2019
Juan Ramón becomes Teca’s ally. A gun battle erupts between Teca’s people and the men sent by Azuceno to rescue Vicenta, and there are casualties.

Friday 27 September 2019
Teca seeks to recover his grandson to ensure the continuity of his organisation. News of Ruiz’s arrest on corruption charges in broadcast on TV.
Monday 30 September 2019
In Arizona, Vicenta seeks help from an ex-capo who was betrayed by Teca. Chepina has ambitions to be governor, and manages to win Gallo’s support.