When will Abhi regain his Memory? This and more should be among the question currently running through the minds of Twist of fate season 2 fans at this moment. It is also the question this posts seeks to answer…

Will he surely regain his memory? Certainly yes he will. Not only that, he will remember that pragya is his wife and that Tanu and Aliyah are up to no good. Abhi will also go ahead to renew his marriage vows with pragya and they will have a romantic moment.

How will this happen?

Soon enough, Tanu’s mother will be able to manipulate Abhi into marrying her daughter as her final death wish. Abhi who has also misinterpreted the relationship between Purab and Pragya is furious with her and his best friend.

In between all these commotion, he’s having flashes of his past but is not able to piece it all together. He even begs pragya to help him recall and explain all the memories he has been having lately. They later they find themselves stranded in the middle of nowhere, they exchange vows as a form of friendship pact but this triggers Abhi’s memory about his past even more. 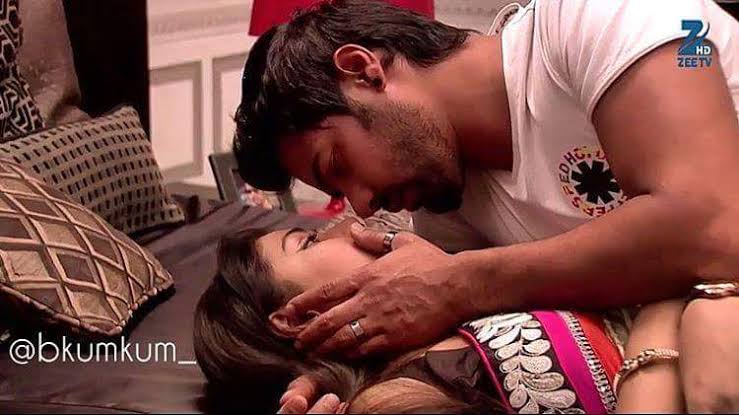 Other events happen in the course of pragya and Purab’s fake engagement/ marriage which also trigger Abhi memories but none of these is definite enough to give him a full recollection of his past.

But on the day of his wedding to Tanu, Pragya’s mother Sarla rushes to tell him that pragya has been kidnapped. Abhi would be going for his final round by then (Indian wedding tradition) when pragya’s mum brings this news to him.

Nevertheless, he abandons Tanu at the altar and rushes out to go find the love of his life Pragya who has been kidnapped by none other than Nikhil.

Pragya is able to escape the kidnappers but she and Abhi miss each other all the while he is looking for her. After a lot of twists and chance misses, Abhi who has been searching for Pragya gets himself kinapped at the same place where pragya had been held, but pragya smartly returns to the kidnap spot and save Abhi.

Nikhil gets frustrated when he realizes that Abhi and Pragya have escaped. In a bid to further escape Nikhil and his goons, they find a grass and hide there but Damru, working for Nikhil, catches them and decides to set them on fire alive.

Abhi is seriously injured from this and they wander in the jungle searching for help. An old man comes to their rescue and takes them to his house in the jungle. Pragya together with the priest struggles to save Abhi’s life.

It is later revealed that the priest, Raghuveer, is Pragya’s father who had since been presumed dead. (Her two half sisters will also be revealed in the show. Bulbul is however dead and will not be coming back).

Raghuveer makes Abhi realize how important Pragya is in his life and Abhi begins to wonder why he is marrying Tanu.

Damru gets close to catching Abhi and Pragya in Raghuveer’s room and so they have to flee again. It is while they are on the run that Abhi in his injured state recollects Raghuveer’s words and decides to marry Pragya in a temple at the jungle. They have a romantic moment afterwards. Tanu is completely filled with rage on hearing this and Aliya tries to calm her down to no avail.

Abhi and pragya are later able to leave the jungle, but on their way home they meet with an accident. Pragya is not seriously injured but has a bleeding forehead. She comes out of the car and tries to get Abhi out of it too. She shouts for help, but then remembers that it is the same place where she met Raghuveer and so she starts retracing the road to his house.

Back at Mehra house, Aliyah threatens Tanu who has already given a diabolic order to kill both Abhi and pragya because of her anger and jealousy over their wedding, she asks her to kill Pragya if she wants to, but not her brother. Tanu vents out her frustration in front of her, but Aliya is far from caring.

She hands over the phone to Tanu and asks her to call Nikhil and tell him to take her brother to the hospital. Tanu refuses to do so and says that if Alia says too much then she would go to the police station and tell them all the crimes that she has committed of which Aliyah is her accomplice.

Back in the jungle, Pragya manages to find a broken cart, she drags it to the car and makes Abhi lie on it. She takes Abhi on the cart all the way to Raghuveer’s house. He opens the door and is shocked to see Abhi in an unconscious state and starts treating him again. He goes out to get medicine from the chemist shop for Abhi.

In the jungle, the goons reach the car and are shocked to see no one there. They go back and tell the contract killer that they got killed and some animal ate them, it not believing them, he sends his men to go look for Abhi and pragya.

Abhi regains consciousness and asks Pragya how she managed to save him. He regains his lost memory and remembers all about his marriage to Pragya. He tells her all about the day when the brakes of his car failed. Pragys is happy on listening all this.

Then Pragya tells him about his memory loss and hiw he had completely forgotten about her and the past two-and-a-half years of his. But Abhi tells Pragya that he remembers every single thing that happened two years ago between them, including their marriage and relationship up till that moment. Pragya is over joyed.

But unfortunately Abhi loses Pragya not long after when goons hired by Nikhil finds them, shoots her and she falls into a dam.

To know that happens next and how the story progresses, please follow this link for the full story…

We are expecting that the episode where Abhi regains his memory will be in December.