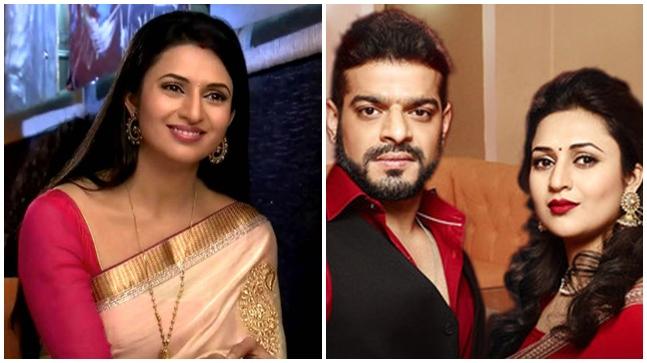 This is love teasers August 2019. Ishita shoots Adi when he is about to attack Roshni! After eight months, Ishita and Raman rejoice as Pihu is being released from the juvenile home.

Next: This is love September teasers 2019

Thursday 1 August 2019
Ishita cries for help when Bhavna attacks her. Raman, Romi and Ruhi hear the same and rush to save Ishita. Will they succeed?

Raman gives Ishita a huge surprise on the occasion of Baisakhi. Roshni joins the Bhallas and Iyers to celebrate the occasion. Meanwhile, Ruhi suspects Param and Simmi’s evil intentions.

Friday 2 August 2019
Someone pushes Ishita down the stairs! Raman falls unconscious upon seeing her injured. Will they be okay?

Ruhi confronts Simmi, accusing her of trying to harm Ishita. Everyone is shocked to see the real culprit. Who could it be?

Monday 5 August 2019
Raman and Ruhi go in search of Ishita, realizing that she is in danger. A trapped Ishita defends herself from Sonakshi’s spirit and decides to expose her!

Ishita questions Raman about his recruitment project. Aarushi shows Ishita proof against Raman when she tells her that he is innocent.

Tuesday 6 August 2019
Ishita is worried as she doesn’t find any clue, which suggests that Raman had sent Sonakshi to London. Meanwhile, Shravan lies to Raman for money.

Aditya lies to the police that Roshni is his wife when the duo get into trouble. Ishita infers that someone is using Raman’s company’s name for fraudulent activities.

Wednesday 7 August 2019
Ishita tells Aarushi that Raman’s company was not involved in sending Sonakshi abroad. Aarushi is attacked as Ishita tries to reach out to her.

Aliya is upset as Aditya lied to the police about Roshni being his wife. She confronts Roshni about the same. Aditya asks her to apologize to Roshni.

Thursday 8 August 2019
Ishita makes Raman realize that someone is using his signature and company’s name for fraudulent activities. Raman seeks Aarushi’s help to nab the fraudster.

Raman and Ishita execute their plan to nab Sonakshi’s culprit. He introduces Aarushi as Sonakshi to his family. He and Ishita are shocked as Kiran recognizes Sonakshi.

Friday 9 August 2019
Aarushi gets Kiran arrested after Raman and Ishita expose her fraudulent activities. How will Bala react to this?

Ishita apologises to Param and Simmi. Mani bashes up Aditya upon finding him near Roshni’s house. Later, Aditya and Roshni get romantic.

Monday 12 August 2019
Bala defends Kiran when Mihika, Madhavi and Vishwa criticize her. Raman and Ishita try to find out about the person who bailed Kiran out.

Raman and Ishita learn the identity of the person who helped Kiran. Who could it be? Ishita pesters Kiran to tell her about the person involved in the fraud with her.

Tuesday 13 August 2019
Kiran tells Sooraj that she can no longer take part in his illegal activities. He threatens to kill Bala if she complains against him to the police. Aditya apologizes to Aliya for hurting her feelings.

Aditya takes a selfie of him with Aliya and sends it to Roshni. He further tells Roshni that he cannot stay away from her. Will Aliya find out about this?

Raman confronts Sooraj and threatens to get him arrested but Sooraj remains undaunted. How will Raman handle the situation?

Thursday 15 August 2019
Ishita asks Roshni to work as her assistant. Will she accept the offer?

Ruhi confronts Param for blackmailing Ishita. Overhearing their conversation, Raman gets into a fight with Param. Later, Ishita does something terrible!

Friday 16 August 2019
Ruhi is frustrated with Ishita’s behaviour towards her. After Raman corners her, Ishita gives in and reveals the disturbing truth about Pihu.

Raman decides to protect Pihu, while Simmi is determined to send Pihu to jail. Shagun confronts Aditya and Roshni.

Monday 19 August 2019
Shagun requests Roshni to stay away from Aditya and Aliya’s life. After learning the truth about Ananya’s death, Simmi promises Raman that she won’t stand against Pihu in court.

Ruhi reveals to Raman and the family that Aditya is involved with Sooraj in the recruitment scam. Could this be true?

Tuesday 20 August 2019
Aditya compels Roshni to come with him. He tells Shantanu that he will not let him marry Roshni.

Aliya is devastated as Adi forces her to divorce him so that he can marry Roshni. Raman brings Aditya to task for his atrocities against Aliya.

Wednesday 21 August 2019
Aliya is shocked to receive a divorce notice from Adi. Aditya plots to stop Roshni from marrying Shantanu.

Armed with a gun, Adi kidnaps Roshni from the wedding venue. Meanwhile, Raman; Ruhi and the others are shocked when Simmi speaks against Pihu in court.

Thursday 22 August 2019
Ishita shoots Adi when he is about to attack Roshni! After eight months, Ishita and Raman rejoice as Pihu is being released from the juvenile home.

Episode 1484
Ishita is dejected as Raman accuses her of killing Aditya and tells Pihu the same. Pihu insists on going with Ishita.

Friday 23 August 2019
Raman confronts Ishita for not giving Aditya a second chance. He compels Ishita’s society members to oust her from their building.

Ishita rejoices when Pihu talks to her through a video call, but is shocked to see Raman confront her for the same.

Monday 26 August 2019
Ruhi and Santosh are shocked upon learning that Pihu is missing. Where could she have gone?

Ruhi is shocked when Aliya tells her that Shagun hates Pihu. Later, Ishita tells Roshni that she wants to be alive for her and Aditya’s child.

Tuesday 27 August 2019
Aliya is furious with Ishita for taking care of Roshni. Ishita reminisces the incidents that happened after she shot Adi and the promise she made to Roshni.

Ruhi criticizes Raman for getting drunk while Romi makes a shocking revelation to Mihika.

Wednesday 28 August 2019
The income tax officials raid Raman’s office. Raman overhears an officer talking to Ishita over the phone and holds her responsible for the sudden action.

Thursday 29 August 2019
Raman flirts with his girlfriend in front of Ishita to make her feel jealous. He ends up realizing that he still is in love with Ishita.

Friday 30 August 2019
Raman and Ishita leave for Jaipur together but get stranded on the way due to a storm. Meanwhile, Ruhi goes to Roshni’s place when she complains of feeling uneasy.

Ishita finds Raman gagged and tied in their hotel room! Who could have done this?

A love to die for Glow Tv November 2021 teasers