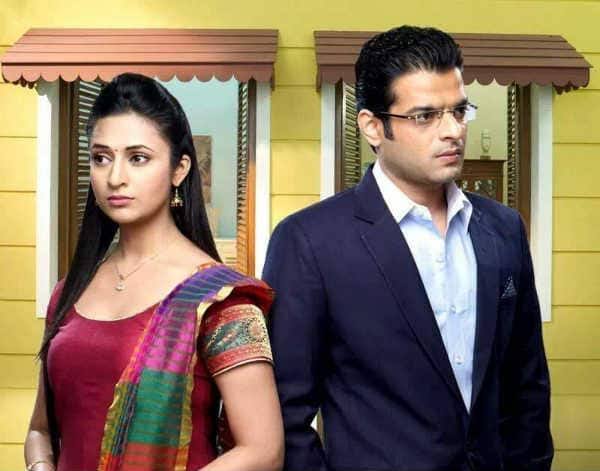 This is Love starlife follows the love story of Tamil dentist Dr. Ishita Iyer and Punjabi CEO Raman Kumar Bhalla. Ishita forms a motherly bond with his daughter Ruhi, who was abandoned by his former wife Shagun Arora. This is love is set to premiere on starlife later this year 2021.

This is Love starlife full story.

Shagun had left Raman for a live-in relationship with Ashok Khanna, a rich bachelor. But he loves Ishita’s cousin Mihika who is in love with Shagun’s brother Mihir Arora. Gradually, Ishita and Raman marry for the sake of Ruhi and eventually fall in love.

Ishita is said to be that can’t conceive a child. Ashok plans to marry Shagun to trap Mihika. However, after Mihir attacks Ashok’s brother Sooraj, Mihika marries Ashok to save Mihir from going to jail. This creates a rift between the two sisters that is later resolved. Shagun continues to create trouble for the two. She later reforms and unites with the Bhalla family along with her and Raman’s son, Aditya. Now Ishita and Raman have a daughter named Pihu. Later, a scheming lawyer, Nidhi, kidnaps Pihu. To rescue Pihu, they forget about Ruhi and Nidhi kidnaps her.

7 years later.
Ishita now lives in Australia with her childhood friend Mani and his daughter Aliya. Ruhi has grown up, but lives disguised as a famous male singer, Ruhaan. She lives with a torturous Nidhi in Australia. Soon, Aliya becomes Ruhaan’s (Ruhi) secretary. Ishita finds out about Ruhi and reunites with Raman. Ruhi refuses to stay with her parents at first but later does. Ruhi returns to India and lives with Ishita and Raman in the Bhalla house. Shagun and Mani eventually get married. Adi and Aliya get engaged.

1 year later.
Shagun, Mani, Aliya, and Pihu live in Bangkok, Thailand. Raman keeps a close eye on them. Pihu finally meets Ishita and accepts her as her mother. They return to India.

They struggle with Ruhi’s love interests with Sohail, who is Nidhi’s brother. Sohail wants revenge from the Bhalla family and targets Ruhi to complete his plan. He eventually gets arrested. Shagun suffers a miscarriage. Raman’s multiple arrests as he is mistakenly blamed for Mani’s death. His innocence is proved when Mani is brought alive. Pihu then accidentally pushes her cousin Ananya Khurana Who is Rman’s Sister Simmi, and her Brother in Law Param’s Daughter down the stairs, and Ananya dies. Ishita takes the blame and is imprisoned.

2 years later.
The Bhallas visit Budapest, Hungary for a business trip, as part of a revenge scam by Simmi and Param for their daughter Ananya’s death. Aliya begins gambling, and Pihu is in a boarding school. Raman is depressed and gives away his company to Param. Ishita is released as terminally ill, and a reformed Ashok reopens her case. Simmi instigates everyone against Ishita, drugs Raman to make him lose his memories of Ishita. And Param tries to frame Aliya in a murder case, but both are defeated and exposed by Ishita. Ishita remarries Raman to save Bhallas from Simmi, but Raman keeps his distance from her because of Simmi’s drugs. Ishita attempts to punish Ruhi’s molester Nikhil but loses her eyes in the scuffle. Raman regains his sanity, and Ashok dies, saving Ishita. Simmi finds out Pihu was behind Ananya’s death and submits her to juvenile custody. Adi begins to conspire against Raman but is thrown out of the house. He kidnaps his first wife, Roshni and Ishita are forced to shoot him.

8 months later
Pihu returns to see Ishita, who now shelters a pregnant Roshni and is alienated from the Bhallas to kill Adi. The Bhallas want to get Roshni back as she is carrying Adi’s child. Roshni promises to hand over the custody of her child if the Bhallas accept Ishita. They accept her condition.

Roshni’s baby is handed over to Mihika, who is now married to Raman’s brother Romi, leaving Ashok. Param kidnaps Pihu and Simmi reforms. Raman suffers from a spinal injury in the rescue. It worsens as he is improperly treated by an alcoholic doctor Rajat, who later commits suicide due to his humiliation.

Ruhi receives a marriage proposal from Rohan, but he mistakes Aliya for Ruhi and falls in love with her. A widowed Aliya initially rejects him despite the family’s wishes but later agrees. Ruhi falls in love with Rohan’s brother, Karan. It is later revealed that Rohan and Karan are Dr Rajat’s nephews, and the whole proposal is a sham to humiliate the Bhallas. The brothers marry Aliya and Ruhi, and on the wedding night, along with their mother, they shame the girls and reveal their true motives. Heartbroken, they run away from there and return to their home. Rohan later opposes his mother’s plans and sides with the Bhallas as he realises he really loves Aliya.

Ishita encounters Yug, Adi’s look-alike. Karan brings in Yug to drive a wedge between Rohan and Aliya but is roped in with Rohan’s opinions and soon falls in love with Ruhi for real. Ruhi doesn’t accept him as she is still reeling from the pain he caused her, but eventually, with her family’s help, she realises she has fallen for Karan again. Yug reminds Aliya of Adi. An insecure Rohan tries to win Aliya back. Rohan realises his mistake, but he soon dies after saving Raman and Karan from enemies.

Aliya marries Yug when a woman named Neha comes in and claims to be his wife. Neha starts to live with the Bhallas. Eventually, she is exposed, and her intention to take revenge on Yug is revealed.

Raman leaves for a business meeting. The family learns that Raman’s flight crashed with no chance of his survival. They break down while Ishita refuses to believe the news. Arjit Saxena marks his entrance. He is revealed to have kidnapped Raman. Ishita learns about it and rushes to find Raman. Arjit drops Raman off a building and flees while Ishita rushes Raman to the hospital.

Due to severe damage, Raman is given a new face shocking the Bhallas. Natasha and Sunny mark their entry into the Bhallas lives with Natasha claiming Raman to be her husband, Shardul. It is later revealed that the Raman staying with the Bhallas is indeed Shardul (Ishita’s college friend who’s later revealed as Arjit’s brother-in-law), while the real Raman is in a coma. Raman recovers and is brought home.

As Karan and Ruhi prepare to marry again, Ruhi discovers that just like Ishita, she can’t conceive. Initially, Sudha plans to cancel the marriage, but later she accepts Ruhi. Ruhi and Karan marry and adopt a baby girl. Ishita and Raman get remarried.

This is Love starlife full casts.