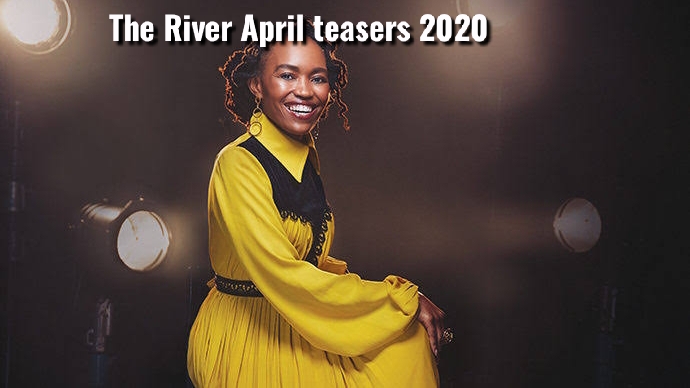 Read April teasers 2020 on the The River 1 showing on Mzansi magic. Zweli races to get Sheree out of his house before she exposes him to Lindiwe, but will he make it in time? Cobra and Oupa get an angel investor

Zolani is horrified when he learns that Lindiwe’s one massive secret could be revealed. The Dikanas realise that something is off with Sheree.

Shakes starts to wish he had stayed at the police station where it’s safe. Nomonde discovers Zweli’s secret with Sheree.

A guilt ridden Paulina and Lindani come face to face with Walter for the first time, after he’s cleared of all charges. Nomonde continues with her plot to get Sheree and Zweli together.

Walter’s luck runs out. Zweli is in for a whole new world of pain as tensions between him and Sheree rise.

Oupa struggles to convince everyone he’s changed. Zweli realises that he needs to get rid of Sheree as soon as possible but is he turning to the right person for help?

We see a new side to Oupa and Zweli worries about his children’s safety when he discovers some disturbing information about Sheree.

Zweli’s scheme to handle Sheree backfires. OUPA and Cobra are at loggerheads about the new business.

Cobra and Oupa take on an impossibly large order. Sheree gives Zweli no choice but to sleep with her.

Cobra and Oupa hear about a deal that could change their lives. Zweli is skating on thin ice where his marriage is concerned.

Zweli celebrates the end of an uncomfortable chapter. Cobra and Oupa find themselves in a situation that could cost them their tender.

Cobra and Oupa fight over the bakery. Sheree has a shocking ultimatum for Zweli.

Cobra stops Oupa from doing something he’ll regret. Zolani confronts Zweli about the suspicious behaviour he’s witnessed in the house.

Zweli races to get Sheree out of his house before she exposes him to Lindiwe, but will he make it in time? Cobra and Oupa get an angel investor.

Just when Zweli celebrates his victory, Sheree pulls the rug out from under his feet. Cobra and Oupa’s business deal hangs in the balance and Walter sees another side of Flora.

Oupa and Cobra are under pressure to do something bad for the greater good. Lindiwe gets to hear the sordid details of things she’d rather not hear.

What will Lindiwe do with Sheree’s confession. Oupa and Cobra discover the hard way that money makes the world go round.

Zweli and Lindiwe’s marriage deteriorates further and Oupa wants to take drastic steps against the warden, to protect the bakery.

Lindiwe makes an extreme decision about how to handle Zweli and Paulina makes a surprisingly generous offer to Cobra.

The bakery experiences yet another set back and Sandra plants dangerous seeds in Lindiwe’s mind.

Zweli finally admits the truth, but Lindiwe already has another plan in motion. Something goes horribly wrong at the bakery.

Malefu confronts the Warder for exploiting Cobra and Oupa. Zolani races against time to save Zweli’s life. Oupa has an idea to get them out of their financial mess.

How to stop Big Brother naija from showing on your TV