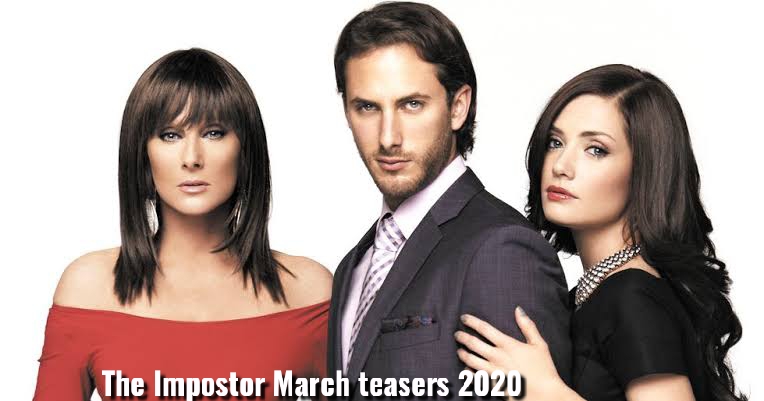 Tita tells Ramon that she thinks Adriano caused Father Camilo’s disappearance. Eduardo gives Victoria an ultimatum: to choose between Adriano or him.

Eduardo wants to run away with Blanca but she refuses and later reveals to Rafael that she is an undercover cop. Sofia searches for a phone.

Jorge tells Leonidas that the woman in the photograph is not Blanca Guerrero. Rafael tries to trick Catalina into finding Cristobal with Mariana.

Cristobal wants to cancel the wedding. Mariana finds the recording that Tuerto made before he was murdered. Raquel Altamira makes a confession.

Mariana asks Victoria to leave Eduardo in exchange for the video recording. Blanca reveals to Adriano that she is in love with Eduardo.

Mariana turns down the offer of three million dollars for the video, but asks for Raquel’s help to get close to Eduardo again. Ricchi visits Mariana.

Tita confirms to Adriano that Rafael was adopted. Fernanda finds out about a woman named Leticia Rodriguez who has been in jail for over 20 years.

Diego finds out that Valentina’s grave is empty. Rafael urges Blanca to tell the truth about Tita. Blanca wants Adriano to have a DNA test.

Jorge wants to become a priest. Fernanda discovers that Valentina is alive. Ramon tells Karina he is not sure he wants to marry her.

Rafael tells Raquel that he knows Valentina is alive. Arnoldo follows Fernando and catches her at Adriano’s house. Raquel burns the recording.

Raquel takes Rafael to the warehouse where she is holding Fernanda hostage. The doctor lies and confirms Adriano that Rafael is his son.

Blanca makes a recording telling the truth about impersonating someone else and she accuses Raquel Altamira of murdering her father.

Arnaldo takes Fernanda away. Catalina tells Cristobal that she kissed Ramon. Adriano reveals that his relationship with Victoria was a lie.

Raquel goes to the hospital but Adriano bans her from visiting Victoria. Simona makes Jorge believe that she is pregnant with his child.

Sofia recognises Rafael as her kidnapper. Ramon goes to Catalina and Cristobal’s wedding.

Eduardo gives Blanca an engagement ring so they can be together when she wakes up from the coma. Simona  shows Jorge the false pregnancy test.

Blanca wakes from the coma but she has amnesia. Raquel offers Simona money to get rid of Jorge’s child. Eduardo asks Adriano to leave Blanca alone.

Raquel tells Eduardo that Adriano killed Memo Guerrero and also shot Blanca. Simona tells Jorge that she won’t have an abortion if he marries her