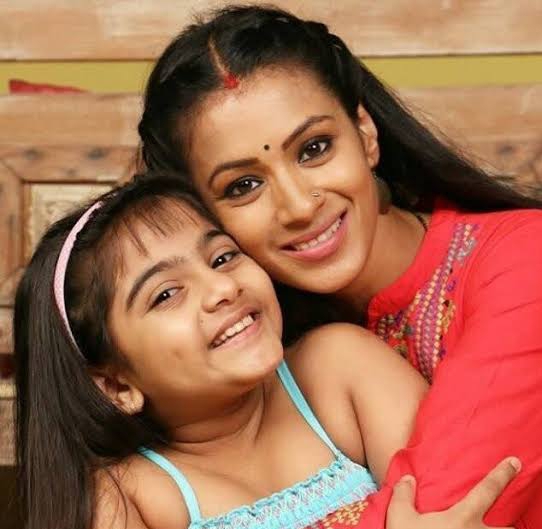 My Identity replaces Geet on Starlife. It is a new show about a young girl, Avni, daughter of renowned filmmaker, Ashish. She begins her quest to define herself in this world. Ashish is in a relationship with Asha for the past eleven years but is not able to marry her.

The premiere is an hour long.
Naamkaran is a new show about a young girl, Avni, daughter of renowned filmmaker, Ashish. Thus begins her quest to define herself in this world. Ashish is in a relationship with Asha for the past eleven years but is not able to marry her.

Ashish tells Asha about his mother’s ill health and assures her that he will talk to his mother about their relationship. Later, Avni reminds Ashish about the Sports Day celebration in her school.

Ashish’s mother, Dayawanti tells him about her past and Hemant, whose wish is to get Ashish married to Neela. Will Ashish agree to marry Neela? What will happen to the promise he has made to Asha? Will Avni ever get her ‘father’ back?

Asha is getting ready to meet Ashish and she can see him and feel him everywhere. Later, she rushes to the airport. Will the two be able to meet before he leaves for Kashmir?

Asha goes to her neighbour, Sumukhi’s house. Avni’s friend, Ali picks a fight for her. Later, Dayawanti informs the family about Ashish and Neela’s proposed marriage!

Ashish gets arrested for assaulting a local in Kashmir. Meanwhile, film producer, Malhotra bails Ashish out of jail. Later, Dayawanti informs Ashish about his engagement!

Avni beats Kia in the race. Asha assures her that Ashish will return home, while Ashish writes an email to Dayawanti. But, what makes Avni slap her grandmother Fatima?

Ashish goes down memory lane as he remembers his struggling days and the first time, he was absolutely smitten by the eyes of someone called Ayesha!

Ashish tries to write a mail to Dayawanti about his relationship with Asha. While doing so, he remembers his first meeting with Asha urf Ayesha!

Ashish remembers how he motivated Ayesha to act in his film, how he fell in love with her and how she became a star!

Earlier, Ashish had lied to Dayawanti about his relationship with Asha. Can he now come out in the open about it?

Ashish and Asha miss each other as nostalgia gets the better of them. Meanwhile, Neela bares her heart to Ashish, leaving him in a dilemma.

Asha prays for Ashish and Avni. Meanwhile, Dayawanti takes a firm step when her business associates ask her to increase their share. Later, she decides to meet Asha and Avni after reading Ashish’s email!

Dayawanti tries to go and check on Asha and Avni. She sees Asha and Avni’s photographs with Ashish and also hears Asha talking to Ashish on the phone. Meanwhile, Avni tells Asha about an old woman snooping outside their house.

Ashish tells Hasmukh that Dayawanti visited Asha’s house after he confessed to her about Asha and Avni. Later, Dayawanti confronts Ashish for hiding the reality from her.

Dayawanti tells Hemant about Ashish and Neela’s engagement date. She also asks Neela to keep the news to herself. Will Ashish fall for his mother’s plan?

Ashish tells Hasmukh that Dayawanti has accepted Asha and Avni. Meanwhile, Hemant decorates the hospital for Neela and Ashish’s engagement. Later, Ashish apologises to Dayawanti for his mistake.

Dayawanti confronts Ashish for keeping his relationship a secret. Then she asks him to fulfill her wish. What is it?

Asha eagerly waits for Ashish to attend Avni’s sports meet while he gets engaged to Neela. Avni comes first in the running race competition but is upset that Ashish did not come to cheer for her.

Ashish confronts Hasmukh for not telling him about Dayawanti’s intentions. He apologises to Avni. Later, Dayawanti suggests that Neela take Ashish on a dinner date!

Ashish requests Dayawanti to allow him to meet Avni. Can Avni ever have a normal family life?

Ashish apologises to Avni for not being able to attend the sports meet. Will Avni easily forgive Ashish? Will Ashish tell her and Asha about Neela?

Ashish argues with Dayawanti when she accuses Asha of using black magic and forces him to marry Neela. Meanwhile, Asha tries to make it up to Avni for behaving rudely with her. However, Avni wants to know the reason behind Ashish’s absence on Sports Day.

Neela gets emotional when Hemant plays a voice recording of her mother. Avni gets bullied by Kia and her friends at school. Later, she misbehaves with the principal when she is questioned. Asha is disturbed by Avni’s behavior.

Avni lies to Asha that the principal has called her and Ashish for a meeting. Later, Ashish gets held up with Neela, while Avni’s principal asks Asha about Ashish.

The principal tells Asha that Avni is suffering from Duck’s syndrome. Ashish thinks of Avni when Neela tells him about Angy’s depression. Angy is a girl in her orphanage. Meanwhile, Avni learns of a shocking truth.

Avni overhears Ashok calling her an illegitimate child. She asks Asha what it means! Can Asha explain things to her?

Hasmukh tires to convince Ashish to forget Asha and Avni. Meanwhile, Ali and Avni go to a wedding uninvited, where they meet Ashish and some high drama follows!

Ashish tells Asha about the incident at the party. Ali and Avni go to Fatima’s house and ask her what an ‘illegitimate child’ means. Later, Avni makes a tough decision about Ashish.

Made for each other December 2020 teasers

Read September teasers for ‘Forever Yours’ Showing on StarLife TV