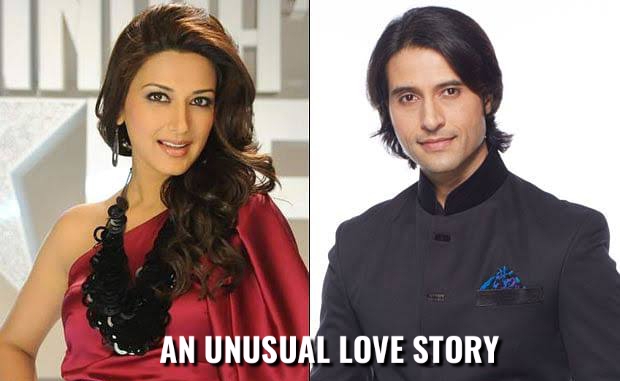 An unusual love story August teasers 2021: Shobha is determined to rise above her husband’s infidelity and build a life for herself..

While Shobha is excited about her new job, Samarth rebukes her and asks her to turn down the offer. Shobha also worries about the pre-ponment of Garima’s engagement.

Shobha confronts Vikram. Shobha tries to pacify Sanjay and Garima, but in vain. She comforts Garima and asks her not to bother Sanjay. Shobha starts her new job but is asked to quit.

Enraged Shobha decides to quit. However, Vikram manages to convince her. Vikram is taken aback by Shobha’s suggestion. Shobha is awestruck on receiving a government notice.

Shobha is worried to vacate their house. Tarun, to impress Samarth, suggests Ajay should marry Garima. Tarun insists that Shobha and her family move in, but she refuses.

Samarth apologizes to Shobha. Vikram rebukes Shobha for causing an incident. Shobha lies to Samarth’s mother, telling her about alternative accommodation, and refuses to move to Tarun’s home.

Shobha convinces Samarth’s mother to move. Vikram and Shobha are shocked as they are now neighbors and Vikram is angry. Tarun tries to instigate Veer’s mother against Shobha.

Shobha accepts Vikram’s Sharada plans to ruin Shobha’s presentation. Shobha works hard but fails to deliver and Vikram decides to fire her. A board member asks Vikram to give her a second chance.

Shobha finds Sharada doesn’t want her to work for Vikram. She seeks the help of her children. Her presentation is liked at the office meeting. Vikram and Shobha get stuck in their building’s elevator.

Sandeep invites Shobha to his home to celebrate and Shobha slaps Sandeep for misbehaving. Garima tries to cheer up a dejected Shobha. The next day, Sharada decides that Garima will marry Tarun’s brother.

To expose Sandeep, Shobha agrees to visit his house. The plan backfires when Sandeep tricks her and accuses Shobha. Vikram misunderstands Shobha and fires her. Shobha grows depressed.

Sharada humiliates Sanjay, misunderstandings arise when Sanjay finds Garima with Ajay. Sandeep is thunderstruck when Vikram fires him from the company. Sandeep vows to take revenge.

Shobha consoles Sandeep’s wife. Shobha tries to thank Vikram, but he is upset. Samarth and his mother think Shobha is still fired, but Shobha visits him in jail. Sanjay tells Garima to elope.

Sharada confronts Shobha about the termination. Shobha celebrates Diwali with her children but is upset when Tarun is invited. Garima confronts Ajay, Jiya directs a cracker towards Vikram’s room.

Vikram and Dadi confront Sharada and Jiya, Shobha stops the fight. Sharada tries to blackmail Shobha. Dadi tells Vikram to not be upset. Samarth and Tarun plan to play a trick on Shobha.

Vikram tries to consol Jiya. Shobha misunderstands Vikram’s intentions. When Sharada finds out about Vikram’s visit, she suspects that Shobha and Vikram are having an affair.

Vikram saves Jiya from being humiliated by her friends and Jiya makes the sports team. However, Shobha questions Vikram upon seeing him at Jiya’s school and the two adults have an argument.

Shobha regrets confronting Vikram and tries to apologise to him. Ajay finds Garima with Sanjay. Tarun asks Shobha to sign an affidavit, to bail out Samarth. Will Shobha sign the affidavit?

Garima begs Shobha not to sign. Shobha decides to sign the affidavit. Samarth wants a divorce, and wants the children’s custody. Who poisoned Samarth’s mind? What will Shobha do?

Shobha is worried about her children. Tarun humiliates Shobha after signing the affidavit. Shobha decides to help Vikram. Nani convinces Vikram to settle down. Nani and Sharada have an argument.

Dadi orders Vikram to take care of children. Samarth humiliates Shobha at the court. Desperate Shobha lies in the court. Will she be able to get Samarth released on bail?

Vikram knows that Jiya tricked him. Shobha is accused of lying. The court orders that Shobha be taken into police custody and rejects Samarth’s bail plea. Will Shobha be able to save herself?

Shobha pleads the lawyer for bail. Ridhima confronts Tarun for being responsible of Shobha’s arrest. Shobha recalls her past. Will Vikram be able to get Shobha out on bail?

Shobha is surprised to see Vikram in the police station. Shobha convinces Jiya to not worry. Tarun informs Samarth only one can get out on bail. Will Samarth agree to have Shobha bailed out?

Samarth gets bail and Vikram proves Shobha’s innocence. The court releases Shobha and Tarun is arrested. Vikram becomes furious as Shobha asks him about his past.

Shobha notices that Vikram is upset. Ridhima confronts Tarun. Vikram gets furious at Jiya and Rehaan for looking into his personal diary. What happened to Vikram that troubles him to this day?

Shobha decides not to remind Vikram of his past. She helps Doris to find a marketing job at Vikram’s company. Shobha and Doris are enraged when Vikram appoints Shobha as the marketing head.

Vikram’s Nani discloses Vikram’s past to Shobha. Vikram tries to learn about Nani’s conversation, but Shobha refuses. Sanjay insists that Garima elopes with him. Will Garima respond positively?

Vikram rebukes Shobha for spreading gossip. Shobha tries to explain but he orders her to leave the office. Shobha informs Vikram that she is resigning from her job. What will Shobha do now?

Vikram rehires Sandeep as the marketing head. Sandeep misbehaves with Shobha. Shobha learns that Sandeep is responsible for creating differences between her and Vikram. How will Shobha react?

Vikram apologises to Shobha. Samarth plans to take revenge. Vikram reminisces about his past. Sanjay is willing to elope with Garima. Ajay blackmails Garima. What will Garima do now?

Garima elopes with Sanjay and Vikram holds Shobha responsible for it. Vikram and Shobha stop Garima and Sanjay from marrying. Ajay finds the girl and proposes a deal to Samarth.

Vikram advises Sanjay to open his and Garima’s relationship. When Samarth plns for Garima to marry Ajay, Shobha confronts him. She informs Vikram of everything.

Shobha informs Garima about Samarth’s decision. Later in the night, Shobha shares an idea with Garima to thwart her engagement. The next day, Shobha learns that Ajay made a deal with Samarth.

Shobha succeeds in her plan, Ajay tries to prove that Garima and Shobha are lying. Sanjay’s family agrees to get him married to Garima. However, Sharada refuses to allow Garima to marry Sanjay.

Ajay is furious when he finds out that Garima wants to marry Sanjay. He tries to misbehave with Garima, but Shobha helps her. Shobha asks Vikram to advance Garima and Sanjay’s wedding date.

Ajay tells Samarth that Sanjay is marrying Garima. Shobha and Garima reminisce about their moments. Shobha tries to keep Ajay away from the wedding scene. However, Samarth interrupts the wedding.

Sanjay and Garima get married. Sharada advises Shobha to sign the divorce papers. Shobha signs, and Sharada tells Samarth to get out of the house. Samarth vows to take revenge on Shobha.

Shobha tells Samarth that she wants to save their marriage, but he humiliates her. Later, Vikram tries to console Shobha. The next day, Shobha learns that her mother is unwell.

Sandeep invites Shobha for a celebration. Shobha slaps him as tries to misbehave with her. Garima motivates her. The next day, Samarth’s mother decides to get Garima married to Tarun’s brother.

Sharada informs Shobha about Abhays death. Sarika plans to claim Abhay’s insurance. Vikram is worried about his past. Dadi asks Shobha to take care of Vikram. Shobha asks Vikram to move on.

Garima reveals that she is pregnant. Shobha organises a baby shower. Sanjay informs Garima that he is not ready for a child and asks her for abortion. Will Garima agree with Sanjay?

Shobha and her family celebrate Garima’s baby shower. Sarika decides to move in with Sharada. She is taken aback to see Vikram. Will Sarika be able to meet him? What will be his reaction?

Shobha asks Vikram to go on a date, but he refuses. She tricks him into meeting Binita’s cousin. Sarika decides to reconcile with Vikram for his wealth.

Vikram confronts Shobha for trying to set him up. Sarika decides to use Shobha to get to Vikram and reveals her past to Shobha and misleads her. Dadi consoles Vikram and advisezs him to marry Shobha.

Sarika manipulates Shobha to believe that she loves Vikram. Vikram starts liking Shobha and Dadi advises him to pursue her. Shobha has an accident. Will Vikram be able to save Shobha?

Sarika pretends to save Jiya and creates confusion between Vikram and Shobha. Vikram is upset, Dadi suggests that Vikram dresses up as Santa to cheer Shobha and her children. Will Shobha forgive him?

Abhay’s brother, Anil, visits Shobha’s house with the police but his plan is foiled. Sarika is furious at Vikram. Dadi advises Vikram to propose. Will Vikram listen to Dadi’s advice?

Vikram tries to express his love, but in vain. Anil believes that Sarika murdered Abhay and gather evidence. Sarika becomes upset on seeing Vikram’s jacket with Shobha. What will Sarika do now?

Garima tries to reconcile with Sanjay, but in vain. Binita convinces Garima to have an abortion. Vikram mistakes Sarika for Shobha and proposes to her. Sarika decides to kill Shobha. Will Sarika succeed?

Vikram tries to clear the misunderstanding with Shobha. Sarika plans to kill Shobha. Samarth plans to take Jiya and Rehaan’s custody. Shobha cries for help as she clings from the balcony. Vikram saves her.

Sarika learns that Vikram saved Shobha. The police visit Shobha’s house about the incident. Will the police discover that Sarika was the one who tried to harm Shobha?

Sarika attempts to kill Shobha by poisoning her, but Jiya and Rehaan foil her plan. Vikram meets Samarth in jail. Vikram becomes suspicious of Sarika. Will Vikram discover the truth?

Vikram suspects that Sarika is involved. Sarika pretends to be innocent. Dadi insists that Vikram reveal his feelings to Shobha, who celebrates her birthday with her family. Will Vikram propose?

Samarth meets Shobha and apologises. He asks Shobha to forgive him. Vikram is upset when he learns that Samarth wants to reconcile with Shobha. Will Shobha choose Samarth over Vikram?

Shobha is confused about Samarth. Sarika provokes Samarth against Vikram, which leads to a heated argument between the two. Nani gets worried when Shobha is found missing from home.