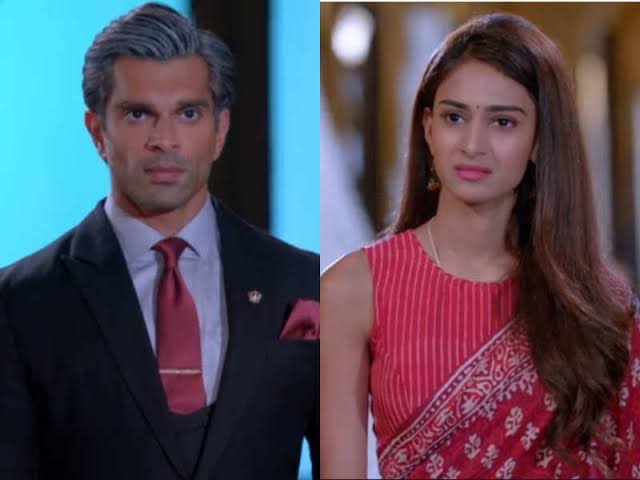 Made for each other June teasers 2020: Bajaj surrenders to the police after Prerna accuses him of planning Anurag’s murder.  Later a shocking truth behind his accident is revealed!

Starlife Made For Each Other June Teasers 2020.

Shivani pleads with Prerna to save Anurag’s life. Meawhile, Sharda executes her plan. Later, Mohini and Nivedita get furious listening to Shivani’s confession.

Mohini wants Mr Bajaj arrested while Sharda suggests he oust the Basus from the house. Later, Prerna is reduced to tears when Anurag’s life is in danger.

Prerna gets into a heated argument with Mohini while Anurag breaths his last. Meanwhile, Sharda and Tanvi sneak into Mohini’s room with an evil motive.

Sharda reveals a shocking truth to Tanvi while the latter tries to provoke Mr Bajaj against Prerna. Later, Mr Bajaj is confused about his feelings for Prerna.

Mr Bajaj is confused about his feelings for Prerna while Sharda and Tanvi concoct a devious ploy. Later, the police arrive at the mansion to arrest him.

Bajaj surrenders to the police when an infuriated Prerna accuses him of planning Anurag’s murder. Meanwhile, Sharda’s revelation stuns Mohini.

A guilt-ridden Mr Bajaj refuses to get out on bail while Sharda berates the Sharmas. Later, Anurag vows to find out the reason Prerna married Mr Bajaj.

Mr Bajaj makes a heartfelt confession to Prerna. While Mohini asks her friend to find Anurag a wife, he is shocked to see Prerna holding hands with Mr Bajaj.

Anurag pays a visit to Mr Bajaj in prison while Mohini and Sharda get into a heated argument. Later, Prerna is surprised after Sharda asks her to do the unthinkable.

Prerna is astonished to learn a shocking truth behind Anurag’s accident. Elsewhere, Mr Bajaj berates Tanvi when she visits him in jail.

A guilt-ridden Prerna meets Mr Bajaj and apologises for her mistake. Later, he reveals a shocking fact about Anurag’s plan and assigns a task to her.

Prerna witnesses the video evidence against Anurag while Mr Bajaj is drawn towards her. Later, a shock awaits Anurag as Mr Bajaj enters the Basu Mansion.

Mr Bajaj and Prerna have an emotional discussion while Anurag senses something wrong. Later, Mr Bajaj’s confession leaves him shocked.

Mr Bajaj and Anurag engage in a war of words while Prerna is unable to hide her real feelings. Later, the Basus make preparations for Durga Puja.

AnuPre recall their memories from the previous Navratri. Later, Mr Bajaj wishes for Prerna to love him while she performs the aarti with Anurag.