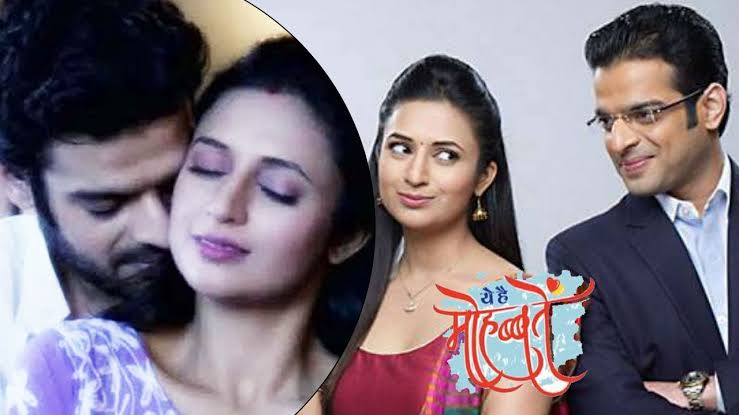 Raman reprimands Aliya after she fails to make arrangements for Mr Bhalla’s party. Will Ishita do something now? January 2019 teasers for This is Love showing on Glow TV available now...

Tuesday 1 January 2019
Episode 1167
Aditya apologises to Aliya for hiding the truth about his marriage with Roshni. Will Aliya believe him?

Episode 1168
Aditya ties the knot with Aliya. Roshni decides to leave the house, but will Ishita let her go?

Wednesday 2 January 2019
Episode 1169
Aliya requests some time to get intimate with Aditya. Meanwhile, Ashok and Gagan plot to destroy the Bhalla family.

Episode 1170
The police arrive at Bhalla house along with Roshni’s mother and Gagan. While Aditya is accused of polygamy, Roshni is asked to give her final statement.

Thursday 3 January 2019
Episode 1171
Mani and Shagun visit the Bhallas. With Gagan and Roshni’s mother, police arrive to arrest Aditya, under a case of polygamy. Judge Baweja changes his statement abruptly, denying his consent in Aditya’s annulment. Roshni is asked by the police to give a statement.

Episode 1172
Ishita and Raman lash out at the women attacking Ruhi. The lawyer tells Ishita that he doesn’t have Aditya and Roshni’s annulment papers. Will the Bhallas find a new lawyer?

Friday 4 January 2019
Episode 1173
On Ishita’s advice, Aditya decides to argue the case himself in the court. The man who witnessed Aditya sign the annulment papers arrives and promises to help Aditya. Later, Aditya gets bail when a lawyer argues the case for him.

Episode 1174
Mihika and Bala, in disguise, meet Roshni’s mother in an attempt to find her. They learn that Gagan has kidnapped Roshni’s sister, Prabjot. Later, Raman arrives to help them!

Monday 7 January 2019
Episode 1175
Roshni and Prabjot are found safe in a house, by the temple. Just before their escape, Gagan attacks them!

Episode 1176
Gagan tries to burn the house down, but Raman and the gang manage to escape. In other events, Adi and Aliya’s wedding is declared legal by the court.

Shagun gifts an International holiday package to Aliya, while Adi is planning to take her to Kerala. Aliya cancels Mihika’s booking at the hotel!

Episode 1178
Roshni fails in her civil services entrance exam, while the newly-weds are upset as their honeymoon gets cancelled! But, Raman has some good news to cheer up the family! What is it?

Wednesday 9 January 2019
Episode 1179
Aditya rebukes Aliya after she creates a scene on finding him not wearing her choice of clothes.

Thursday 10 January 2019
Episode 1181
Ishita is upset with Aditya and Aliya for not caring about her. Aliya feels guilty about hurting Ishita and Dadi’s sentiments.

Episode 1182
Raman desires to start a business in fashion designing, but Ishita is not happy with his decision. However, the two spend some quality time together. Aliya is sad for burning the prasad dish and strives to cook it again.

Friday 11 January 2019
Episode 1183
Raman strives to impress his client, while Ishita gives him a suggestion. Aditya is busy with work, but assures Aliya that he will soon plan their honeymoon.

Episode 1184
Aliya goes out with her friends whilst Santosh suffers from an asthma attack. Will the family be able to save Santosh in time?

Monday 14 January 2019
Episode 1185
Raman is furious at Aliya for failing to take care of Santosh, while Ishita tries to pacify him. Aliya apologises to Raman for her behaviour. The police find drugs in Raman car and arrest him.

Episode 1186
Raman informs Mihika that he got arrested for carrying drugs and Ishita is shattered on learning the same. Later, Ishita learns that Aliya’s friend is the real culprit!

Aditya questions Raman for dealing unethically with his project. Later, Shagun confronts Raman for humiliating Aliya, but Ishita manages to control the situation.

Episode 1188
Aditya is eager to spend some romantic time with Aliya. Meanwhile, Raman gets furious to learn that Shagun bailed Srishti out of jail.

Wednesday 16 January 2019
Episode 1189
Santosh and Ishita are happy as Ruhi returns home. Meanwhile, Raman and Aditya are eager to launch their new line of products.

Episode 1190
Aditya and Taneja get furious at Raman for competing with their products. How will Ishita react to this?

Friday 18 January 2019
Episode 1192
Aditya’s business client turns out to be Shrishti’s father, Ishita’s old nemesis. Ishita advises Aditya to call off the deal. Will Aditya listen to his mother?

Episode 1193
Aditya decides to sign the contract himself. Moreover, Santosh advises Aliya to not create any scene at Mr Bhalla’s birthday party!

Monday 21 January 2019
Episode 1194
Raman reprimands Aliya after she fails to make arrangements for Mr Bhalla’s party. Will Ishita do something now?

Episode 1195
Mr. Bhalla tries to clear the air between Aditya and Raman at his birthday party. Will the father-son duo reunite?

A drunk Aliya vents out her frustration on Ishita and Raman, while Mani and Adi try to console her.

Episode 1197
Raman gets angry with Aditya for misbehaving with Santosh and asks him to apologise to her. Ishita scolds Aliya for her behaviour.

Wednesday 23 January 2019
Episode 1198
Raman and Aditya’s argument leads to Raman slapping him in front of the family. An upset Aditya decides to start his own business.

Thursday 24 January 2019
Episode 1200
Shagun plans to organise a party while Raman spends some time with his client, Kiran. How will Aditya react on meeting them?

Episode 1201
Teasers until 31 January 2019 unavailable. We will update as soon as we get them.