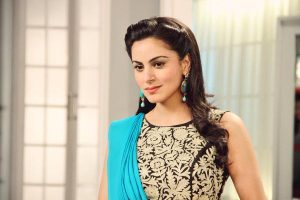 Dream Girl starlife: follows a young girl Lakshmi from Jodhpur, dreams to be an actress and idolises Ayesha, a famous actress. She decides to leave her hometown and comes to Mumbai with the hopes of achieving her dreams.

Samar’s cunning and ambitious elder sister-in-law Ayesha Roy is overprotective of her power and title, wanting to be irreplaceable and India’s only Dream girl. However, Lakshmi has a talent and spark like her to become a Dream girl. 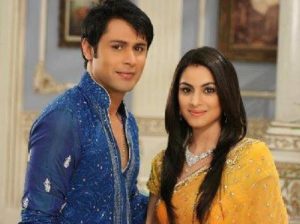 Lakshmi tries to prove her skills, angering Ayesha, who finds out that Samar and Lakshmi love each other. Lakshmi passes all the challenges threw by Ayesha, making her insecure. Ayesha misleads her brother Karan (who has feelings for Lakshmi) that Lakshmi loves him.

Eventually, Ayesha transfers all property rights of Navarang to her name and succeeds. Lakshmi and Samar get married. The property is set on fire; Samar, his elder brother Manav (Ayesha’s husband) and Karan are sent to extinguish the fire.

Samar and Manav supposedly die due to a car crash. Samar’s body is recovered; Manav’s body isn’t found. The Sareens find out Ayesha ‘dark secret’ who in fact is her twin sister, Aarti. They use Aarti (Aarti willingly helps) to fight back against Ayesha for their studio (Navarang). Aarti impersonates Ayesha and tells all the investors that she will pay all their money along with interest to them. 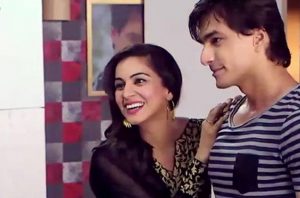 There is a new entry in the show, Raghu. The story progresses and shows Ayesha trying to impress Raghu (Similar to season 1 where a poor character named Lakshmi (Played by Shraddha Arya) dreams of marrying a rich and wealthy businessman named Arjun Agnihotri (Played by Sudeep Sahir)).

Aarti tries to get Navrang back to its former glory.

Ayesha marries Raghu by deceiving everyone, pretending to be Aarti as Aarti and Raghu fall in love after many meetings where Raghu thinks that Aarti is Ayesha and then he finds out that it is Aarti instead. Aarti’s face is burned and no one can tell which one is Ayesha or Aarti.

Aarti is planning to take revenge on Ayesha. Ayesha has always caused Aarti pain and harm, yet Aarti kept forgiving her. Now, Aarti has a new face (Megha Gupta

Advertisement
) and she appears as a strong character and fights against Aarti (who in real is Ayesha) to reveal her truth to everyone.

After a few upturns and twists, Ayesha’s truth is revealed to everyone by Aarti as ‘Shikha’ and Raghu (who helped Aarti with her face transplant and advice).But, Ayesha cunningly starts pretending as if she has lost her 4-5 year’s memory and as a result, the police can not arrest her until her recovery. So, she is allowed to stay in the Sareen House till she remembers everything. In the meanwhile, Aarti and Raghu get married and soon have a girl child.

Ayesha has her own intentions and as she gets the opportunity, she steals Aarti and Raghu’s daughter and escapes with the child, leaving her career, stardom and dreamgirl title (which were by then ruined due to her evilness) for one single motive-to make the baby girl her own daughter and, to train the child, as the next DREAMGIRL.