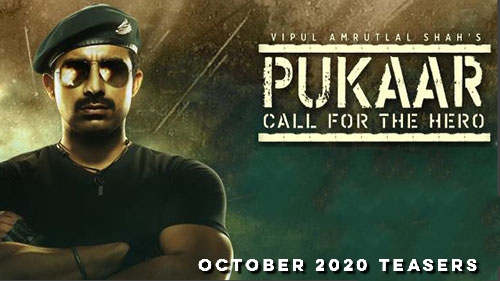 Raajveer is an army man whose relationship with his dad,hit rock-bottom after his brother died.His other brother uncovers the evil plot of Rastogi and is kidnapped by Rastogi’s goon.Will Raajveer be able to rescue his brother ?

Major Rajveer Shergill of the Indian Army succeeds in saving school children from kidnappers. Rajveer’s brother, Rahul convinces him to return home. Rajveer becomes upset when his father humiliates him. How will Rajveer react?

Rahul is missing. Rajveer and Aarti strive to find Rahul’s whereabouts. Amar recalls his past with Rahul and Yuvraaj. A taxi driver gives information about Rahul. Amar is startled to learn that Rahul has been kidnapped. Rastogi decides to torture Rahul. Will Rajveer find Rahul?

Amar orders Rajveer to get out of the house. Rajveer decides to leave Amar’s house and stay with Aarti. Meanwhile, Rahul manages to escape from Rastogi’s captivity and tries to contact Rajveer, but in vain. Will Rahul be able to evade Rastogi and his associates who are out looking for him?

Rajveer is desperate to learn about Rahul’s well-being and wants to investigate his case. Meanwhile, Rastogi plans to demolish the slums and in order to do that, he intends to mislead Rahul.

Despite Rajveer’s warning, Yuvraj sets out on his mission and dies while fighting against the terrorists. Yuvraj’s martyrdom leaves Rajveer and his family dejected. Meanwhile, Rastogi’s associates set out to demolish the slums. Will Rajveer be able to stop the atrocity?

Rastogi learns that Rajveer stopped his associates from clearing the slum. Amar decides to inform the media about Rahul’s abduction. Meanwhile, Rajveer suspects that Pradhan is working with Rastogi. He decides to meet Rastogi and question him about Rahul. Will Rajveer find Rahul?

Rajveer finds out about Rastogi kidnapping Rahul. Later, Amar gets worried when Rastogi demands Rajveer for ransom to release Rahul. The next day during the exchange, Rahul gets shot while Rajveer tries to save him from Rastogi’s associates. Will Rahul survive?

Rajveer stops Rastogi’s associate from killing Rahul. Rastogi becomes upset on learning that Rahul is alive. Later, Amar decides to shift Rahul to his house after learning about the attack. Aarti decides to help Rajveer by giving information about Rastogi. In the meantime, Rastogi worries as his plans are getting foiled.