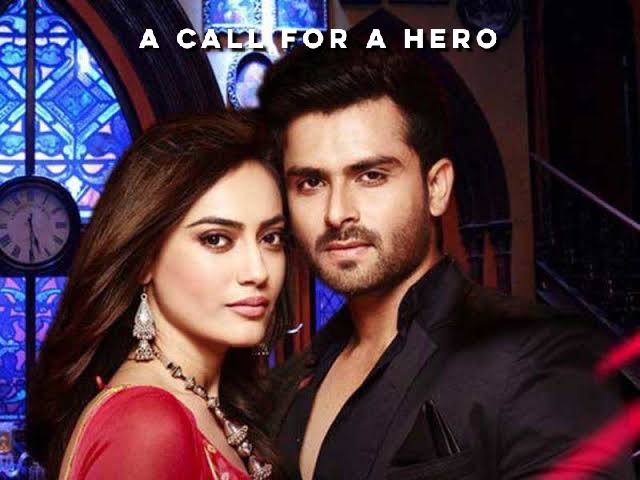 A call for a hero starlife is a new series about military officers and the complicated love story surrounding the life of Geetanjali. The theme focuses on death, reincarnation and revenge.

A Call for a Hero Starlife full story

Rishabh Shekhari, a blind heir to the Rajput family, lives with his sister Geetanjali, stepmother Ratna and half sister Kavya. Geetanjali falls in love with military officer Abhimanyu Rathore. Rishabh refuses for this alliance. Geetanjali disobeys him and marries Abhimanyu. Though initially, outraged, Rishabh later accepts Abhimanyu who dies in a car crash.

Since Abhimanyu’s body was never found, Geetanjali waits for his return and is searching for him, making her family unhappy and worrying sick about her. Enters army officer Rajveer Malhotra, who is Geetanjali and Kavya’s childhood friend. He reveals since Indian Army hasn’t found any trace of Abhimanyu being alive so he is declared dead. 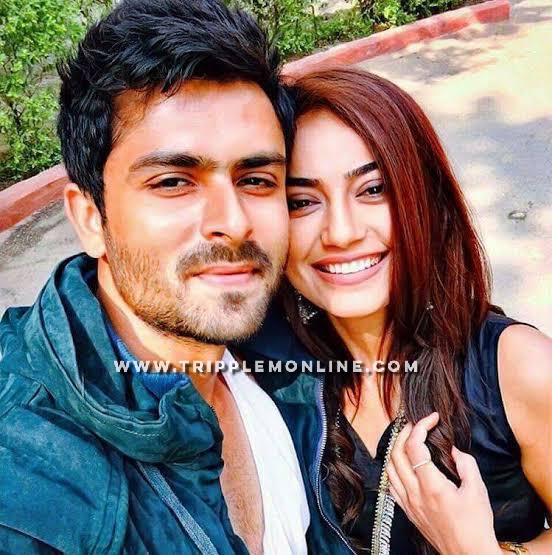 Geetanjali meets the 6 year-old Priyam Khatri, who claims to be Abhimanyu’s reincarnation at the old fort where they met once. Priyam is tested daily to know his real identity but surprisingly passes. His greedy parents Devkinandan and Sunanda permits him to be adopted by Rishabh for Geetanjali’s sake in exchange for a handsome sum.

As Devkinandan and Sunanda reach the Shekhari house, they find something suspicious and try to contact Geetanjali but are murdered and their bodies are buried in the wall of their house, where they are found days later due to their stinking house. Geetanjali agrees to marry Rajveer for Priyam’s welfare.

Priyam reveals Abhimanyu was murdered as Geetanjali is about to marry Rajveer. Geetanjali goes on a mission to find the killer where Rishabh and Rajveer are implicated. As the plot unfolds it is revealed that the driver who was being considered dead along with Abhimanyu, is actually alive. As he gets caught, Ratna is framed as the killer, and Geetanjali banishes Ratna and Kavya. 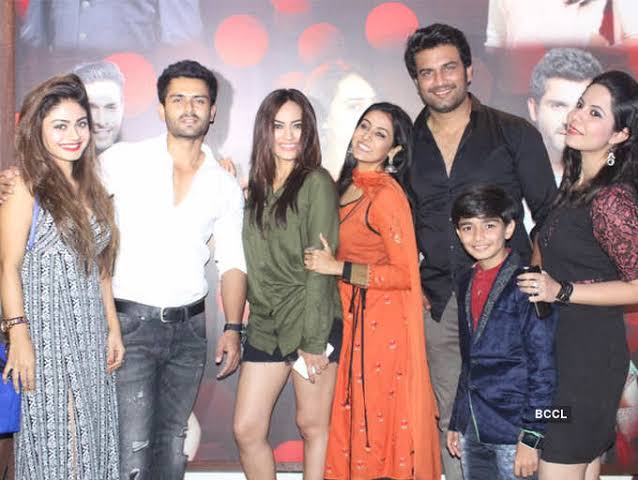 Ragini, a mysterious woman is introduced, claiming to be related to Geetanjali, who comes face to face with Abhimanyu. She is shocked as to who is telling the truth and goes insane before getting shifted to asylum. Abhimanyu’s family rejoices on completing their revenge against the Shekharis and the total plan is revealed as Rishabh finds it out simultaneously.

Geetanjali vows revenge against Abhimanyu for tricking her maliciously and trying to force her to go insane. She fakes her death to return in Abhimanyu’s life in disguise and pretends to help him clear himself from being convicted as her killer. She plans to stage attempts to kill her so Abhimanyu starts believing her life is in danger.

Thinking Abhimanyu should be punished, Rishabh finds out about Geetanjali being alive. Ratna reveals how she was raped by Abhimanyu’s father Bhavani when she was pregnant with his child but he got her married to the widower Rajesh Shekhari elsewhere. Kavya is in fact Bhavani and Ratna’s daughter. Kavya blackmails Geetanjali to transfer property in her name and Rajveer to marry her.

The day of court hearing for Geetanjali’s murder case begins where Abhimanyu is convicted and her identity is restored as per her plan in spite of Rishabh being kidnapped and she threatened to clear the case. Abhimanyu escapes and hits his car to a tree. It is revealed that it was Abhimanyu’s identical twin brother Aditya, who is seeking revenge from his own family.

In past, Bhavani tried to kill Aditya when it was predicted Aditya would cause his death. Aditya had been saved and raised by another guy with the story of Bhavani’s abandonment etched into his soul. So it was all along Aditya’s plan to snatch everything of Abhimanyu’s things, believing that the latter was the cause of the abandoning.

Geetanjali plans to rescue Abhimanyu. Rishabh reveals both the families have long enmity between them and how he had loved Ragini; she became pregnant with his child and he had to deceive her to believe he had played with her for the pride of his family. Priyam is revealed to be Ragini and Rishabh’s son Varun. As it was Bhavani’s men who had killed Ragini as she gave birth to Varun, he diverted the blame on Rishabh for revenge.

Abhimanyu and Aditya jump from a cliff while fighting near jail. Aditya murders Bhavani and sends Varun to kill Rishabh claiming him to be Ragini’s killer. Varun fails and hugs Rishabh, whose men kidnap Varun and tie him up in a place with no light to die, as Rishabh believes that love is a sin and Varun is a product of love born out of wedlock so it was his fate to be killed.

Aditya escapes and kidnaps a hospitalised Abhimanyu, blackmail Geetanjali to marry him. Abhimanyu frees himself from ropes. Aditya runs away. Abhimanyu and Geetanjali find Varun tied up and learns everything from Rishabh. Aditya returns and holds Geetanjali at gunpoint, but Rishabh saves her and makes up for his sins against love. The series ends with Aditya getting arrested.

Call For A Hero airs weekends at 7pm CAT/6pm WAT/8pm EAT on Star Life which can be found on OpenView, DStv and Starsat/StarTimes.

A Call For A Hero Star Life Full Casts: 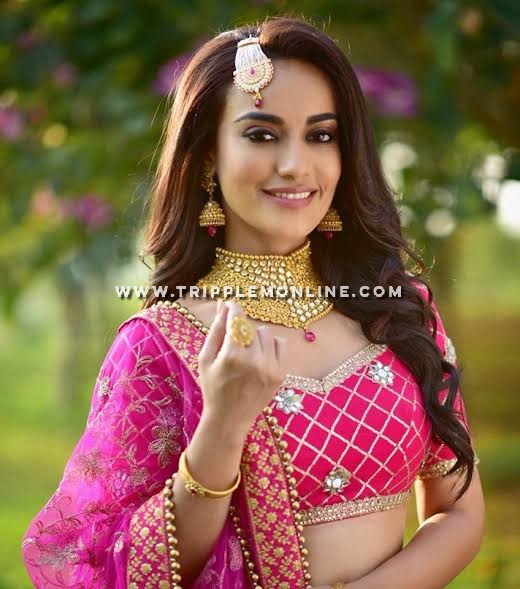 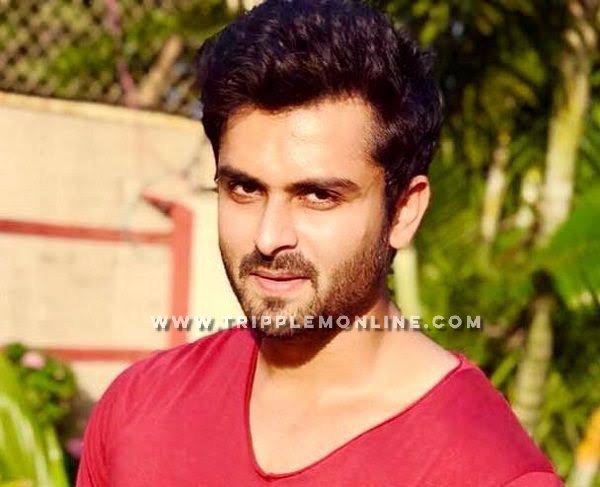 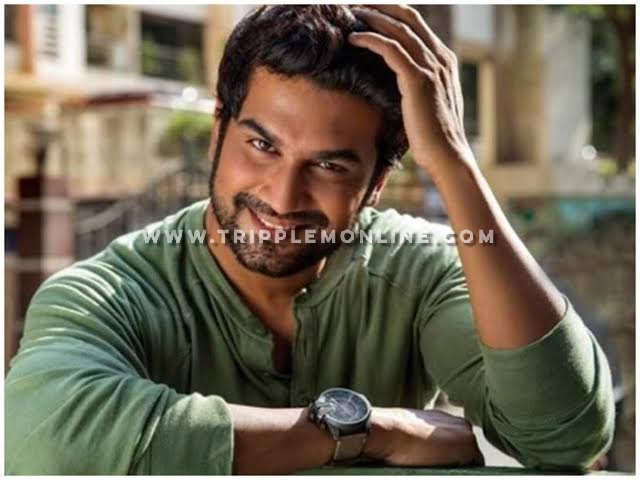 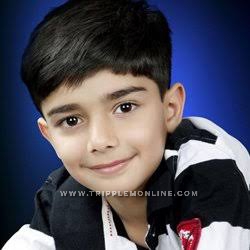 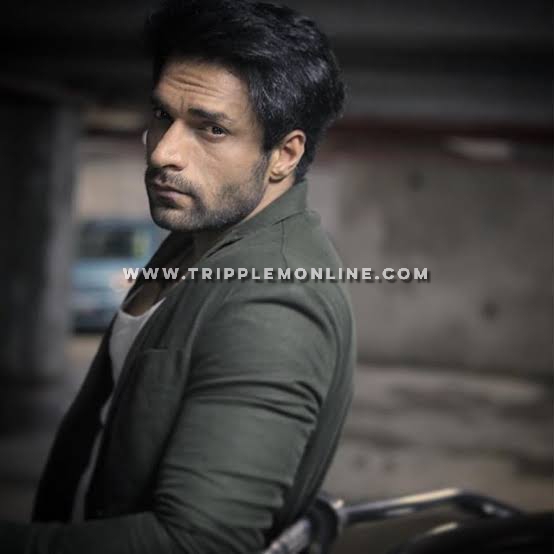 Read plot, full story and main casts of Not without my...