If you are a true fan of Blindspot and Supergirl series, then you should be wondering where the heck your favourite TV series went?

Well,  some may have done a little digging for themselves, or have put their ears on ground to know the latest concerning these series. But if you haven’t, then we have the details here on Tripplem .

Blindspot, for starters, 12th episode aired on 2nd February, 2018 and at the end of it, Jane (Jamie Alexander ) specifically informed fans that they series would  be going on a break to accommodate the Olympics games currently running; and that they would be back on March 2nd with the 13th Episode.

Fortunately, it’s  this week,  Friday  by 8pm on NBC, So I guess the wait is finally over right?! 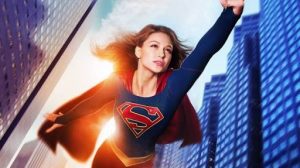 However,  on the not too bright side, Supergirl series does have a longer return date.  After  the 13th episode aired on 5th February 2018, the series went into temporary hiatus with a promise to resume  the fourteenth episode on April 16, 2018. The reason given was to accommodate the airing of Legends of Tomorrow‘s third season in the same timeslot until April 9.

Oh well,  if you are a true fan of Supergirl (like I am 🙂 ) then you should know that Legend of Tomorrow, Flash and Arrow are all from the same Arrowverse family so they could easily adapt for each other right?

Well,  now you know. If there are other developments along the way,  we will surely keep you updated.