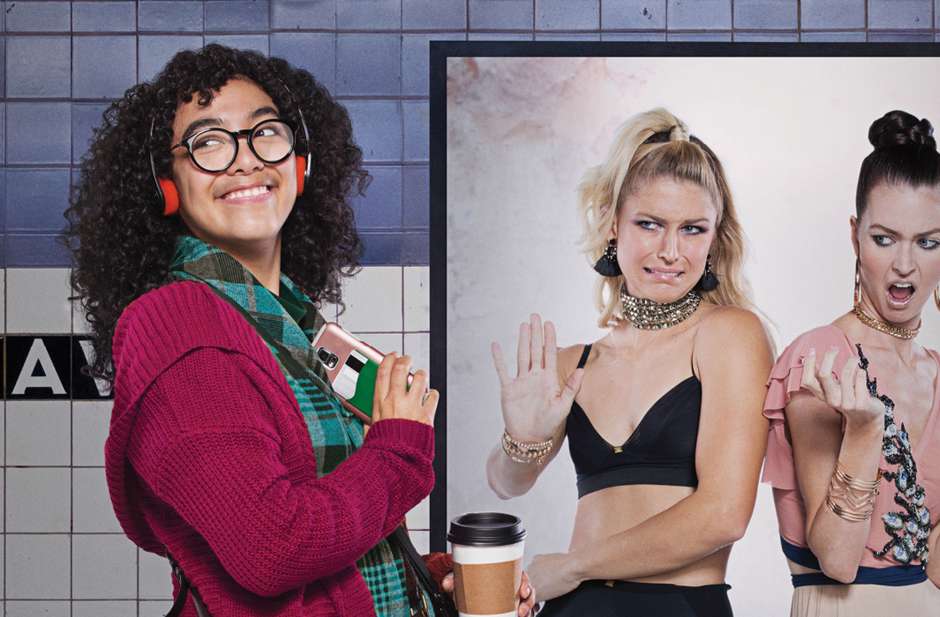 Armando is not yet ready to take his relationship with Betty public, while Marcela contemplates calling off their wedding as Armando seems to have changed. October teasers Betty in New York.

Tuesday 1 October 2019
Betty and Armando spend the night in a cabin after the car breaks down. Marcela is worried when she can’t get in contact with either of them.

Wednesday 2 October 2019
Demetrio and Nicolás contact the police to report Armando and Betty missing. Romina tells Fabio that they are expecting their second child.

Thursday 3 October 2019
Demetrio sees Patricia snooping outside his house, and tells her to come in. Meanwhile, Jenny carries out her revenge plan against Sofia.

Friday 4 October 2019
Julia corners Betty and asks her if she is in love with Armando, but Betty denies everything. Meanwhile, Charlie asks Sofia to move in with him.

Monday 7 October 2019
Nicolás tells Demetrio about his plan to open his own business. Julia looks for Armando to confront him about his affair with Betty.

Tuesday 8 October 2019
Betty approaches the model, Fiorella, and convinces her to change her mind and work with the company. Nicolás asks Patricia on a date.

Wednesday 9 October 2019
Marcela calls Ricardo by Armando’s name in bed, and the next day, tells him to forget what happened between them. Betty confronts Nicolás.

Thursday 10 October 2019
Betty and Nicolás make peace. Meanwhile, Marcela threatens to cancel the wedding if Armando travels to Miami with Fiorella and Betty.

Friday 11 October 2019
Betty and Armando spend a romantic day at the beach together. Efraín gets jealous when he sees Sofia with Charlie in a nightclub.

Monday 14 October 2019
The photoshoot with Fiorella is a success. Sofia worries about Efraín’s threat to take away her children, and tells Charlie she can’t live with him.

Tuesday 15 October 2019
Betty feels guilty for what is happening to the company, believing it’s because of her relationship with Armando. She encourages him to marry Marcela.

Wednesday 16 October 2019
In the hospital, Marcela is diagnosed with stress-induced meningitis. Meanwhile, at Sofia’s divorce hearing, the court rules in her favour.

Thursday 17 October 201
After Marcela is discharged from the hospital, she returns home with Armando. Meanwhile, Ricardo temporarily assumes presidency of the company.

Friday 18 October 2019
Marcela tries to get Betty to tell her who Armando’s lover is. Meanwhile, Mariana and Sandra see intimate photos of Marcela on Ricardo’s computer.

Monday 21 October 2019
Cindy sees Ricardo and Marcela coming out of the women’s bathroom together. Armando promises Betty that he will break things off with Marcela.

Tuesday 22 October 2019
Jack Anderson and Cindy agree to a partnership with V&M. Meanwhile, Nicolas sends a meal from a fancy restaurant to Patricia.

Wednesday 23 October 2019
Marcela and Armando have difficulty writing their wedding vows. She tells him to take some time to decide if he really wants to marry her.

Thursday 24 October 2019
Betty’s world falls to pieces after she watches a video revealing Armando’s plan. Armando tries to contact her, but she doesn’t answer.

Friday 25 October 2019
Nicolás urges Betty to take revenge on Armando. Meanwhile, in a Miami hotel room, Marcela tries to get Ricardo to reveal the name of Armando’s lover.

Monday 28 October 2019
At a business event, Betty introduces Nicolás as her boyfriend to Patricia and Catalina. Armando, jealous, tries to kiss her, but she rejects him.

Tuesday 29 October 2019
In Miami, Cindy confronts Marcela about her secret relationship with Ricardo. Fabio discovers the suitcase full of money that was given to Romina.

Thursday 31 October 2019
Ricardo makes a plan to trick Betty and humiliate her in public. María Lucía returns to New York, and tells Daniel that she wants to work at V&M.

Check out Other telemundo teasers 👇