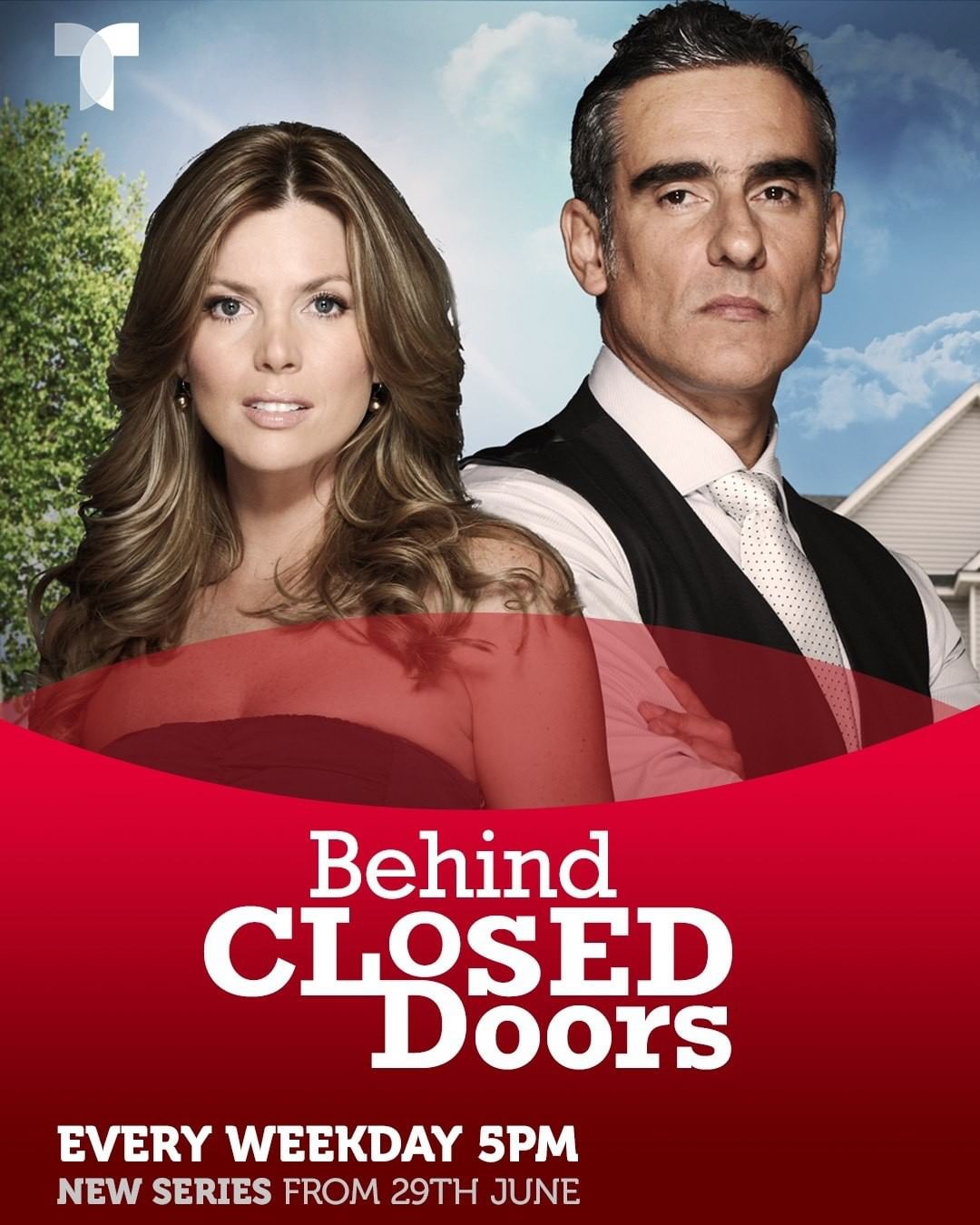 Back on Telemundo! Behind closed doors is about the Conde family and the mystery behind the strange happenings that befall the family. Watch double bill episodes weekday starting from 29 June 2020.

This tale is a black comedy with an absurd body-count. It is a circus where people go to the hospital and to jail. The Condes, a wealthy and influential family, appear to have it all: money, power, and a close, beautiful family. They were recently rocked by a tragedy when Adolfo (David Chocarro), husband of the eldest daughter Ignacia Conde (Catherine Siachoque) apparently died by falling out a window in the family mansion. The other 2 siblings of Ignacia are Carola Conde (Ximena Duque) and Emilio Conde (Gabriel Valenzuela). Meanwhile, apparently Adolfo’s twin, Leonardo, continues to live in the mansion, confined to a wheel chair.

When Gonzalo Ibañez (Gabriel Porras) marries Ignacia 6 months later, he is compelled to unravel the mystery of what happened to Adolfo. Mysterious events begin to envelop the Conde family suggesting that Adolfo is alive and well.

Next door live Pilar Arismendi (Maritza Rodríguez) and her husband, Javier Ruiz (Miguel Varoni), with their two children. Behind the gloss of success and family felicity lurks a dark reality and secrets that threaten to devastate both the Ruiz and Conde families. Javier is a highly regarded and influential attorney, who, for years, is employed by the Condes. Javier’s privileged position becomes threatened by Gonzalo, who is appointed Javier’s business associate by his powerful father-in-law, Renato Conde (Daniel Lugo).

Javier will do anything to protect to what he believes he is entitled. Romantic intrigue develops between the neighbors and further confounds the mysteries, the tension, the dangers, and the suspense that loom large in the novela. Pilar has a sister called Rebeca Arismendi (Karla Monroig).

It is revealed that Ignacia, Carola, and Emilio are not biological siblings, as their parents could not have children, and so they were adopted. Emilio marries Hilda (Sofia Lama) but they divorce after she gives birth to a child with problems and she soon starts to have problems herself. Emilio starts working as gigolo.

Gonzalo/Inaki Mora, Adolfo/Ismael Mora and Leonardo/Ivan Mora turn out to be brothers, being Mabel and Igor’s sons. They want to take revenge on the Condes’ so they had thrown Ivan out of the window and Adolfo took his place. They murdered several persons who found out their true agenda. The first person to whom is revealed that Gonzalo is a criminal is Matias (Jorge Luis Pila), Rebeca’s fiancée. Gonzalo shoots him, Adolfo being present.

Pilar falls in love with Gonzalo and divorces Javier. Gonzalo kidnaps Rebeca after she had found out that Adolfo/Ismael and him are murderers. Adolfo/Ismael discovers her, she manages to escape but he follows her by car and causes her an accident. She remains paralyzed, mute.

Pilar’s twin sister, Raquel Arismendi (Maritza Rodríguez) also wants to get revenge and pour out her wrath on the two families, Ruiz and Conde. She wants to destroy Pilar because she had a better life. Cecilia gave her for adoption because she could not raise both of them. Raquel had a bad life, was abused by her stepfather, killed him, ended up in prison. She is the author of “La Casa de al Lado” and “Condenados”; in “Condenados” she announces the next murders. She poisons Sebastian. She shoots Ignacia and kills her. She helped Renato Conde to commit suicide. She has a brief fling with Ismael.

In the series finale, Raquel is accidentally stabbed by Pilar. Ismael is burned to death by Carola. Gonzalo is arrested. But a new family moves in to be another Casa de al Lado with a beautiful wife. The villain Javier does the comical hot diggity reaction to her, and we surmise he will be doing adultery with her soon. A villain triumphs at the end. 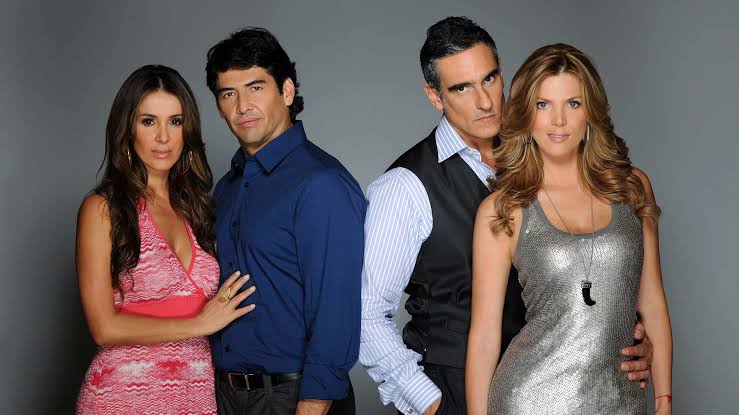