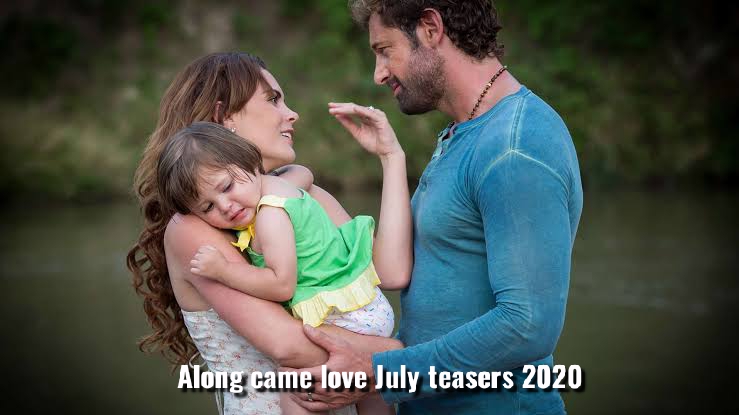 David  loses his wife Lisa in a seemingly unintentional accident, perpetrated by his obsessive sister-in-law, Graciela. David becomes depressed to such a degree that he begins to neglect his children, Fernanda  and Bobby, and the vineyard he loves so much. His sinister mother-in-law, Lilian and Juan, who is supposed to be David’s best friend, try to take advantage of the situation to steal David’s fortune. An unexpected arrival to the vineyard alters their plans.

Luciana, a cheerful and impetuous youngster who lived in the vineyard along with her family many years ago, was deported with her father to Mexico. This was caused by Lilian, whose goal was to get rid of the entire family, especially Luciana’s mother, Marta (Cynthia Klitbo), for revenge of past troubles, as she sent officials after them despite having their documents in order and were in progress of becoming U.S. citizens. Luciana returns as a beautiful young woman after her father, Marcos, dies, and disrupts David’s life. In their relationship of love and hate, Luciana changes everything for the better and David starts to love life again, along with gaining Luciana’s affection. But, with Lilian’s hatred towards the lower class, due to the fact that her husband cheated on her with a servant, Graciela’s obsession for David, and Fernanda’s dislike for Luciana, the trio plan to prevent her from ever staying in the US.

Perla and Carito tell Juan to bring a doctor because the illegals are very sick and could die. Lilian warns Gutierrez to choose between her and Martha.

Juan tries to make David doubt about Miguel. Carito cries when she realizes that the illegal man who died in Erika’s vineyard is her cousin.

Susan tells Luciana that she had to split up with Tano in order for Mark to leave them in peace. Luciana finds out that David kissed Graciela.

Luciana and David celebrate the good harvest. Luciana gets jealous when she sees David, his kids and Graciela together.

Lilian tells Graciela that she hates Martha so much that if she doesn’t back off, she might end up killing her.

Leon tells Miguel that Ingrid escaped from a gang of traffickers and needs help. Graciela tells Fernanda that Luciana wants to win her love in order to get close to her father.

Gutierrez is worried about Martha finding out that he is behind her husband and daughter’s deportation. Luciana is shocked to see Gutierrez.

Cesar thinks Susan should leave the abusive Mark. Luciana tearfully confronts Gutierrez that he must confess that he is responsible of all their suffering.

Lilian tells Graciela that she promised to help Gutierrez in his political aspirations.

Bobby disappears but is later found under mystrious circumstances. Graciela is struggling with her feelings for David.

Luciana gets mad when she finds out that Miguel went to look for Erika. David confesses to Luciana that he feels guilty about neglecting Bobby.

Graciela tells her mother that David does not want to be with her because he is in love with Luciana. Perla tells her that she loves Juan very much and she doesn’t want him to go to jail.

Miguel asks Luciana to choose between him and David.

Gutierrez asks for Martha’s forgiveness once more. Perla tells Juan that Mark is taking too many liberties and that she is afraid of him.

David admits that Miguel is the best person to run the vineyard. Luciana castises David for having fired Miguel. David denies it.

Juan tells Mark that he is not going to allow his obsession with Susan to ruin the business. Luciana and Miguel break up.

Miguel informs David that he is going to go work for the competition. Graciela becomes furious when Fernanda tells her she went to the movies with Bobby.

Erika is happy to have Miguel work in her vineyard. David tells Susan that they have to defeat the “Santa Barbara”, competitor, vineyard in the contest

Graciela tells Joselo that she has to go back to the States.  Joselo warns her that if she does go, she will lose his support, her contracts and that he will also sue her for breach of contract.

Adolfo tells David that Miguel is a very good worker and he is intrigued to know why he got rid of him. Lilian doesn’t miss any opportunity to try to set Fernanda against Luciana.

Erika demands that Luciana leave Miguel alone because, every time she goes to see him, she hurts him. Susan wants to tell Miguel to beware of Erika, who merely wants to use him.

Luciana tells Leon that she and David love each other. Juan tells Graciela that he is fed up of her and her mother.