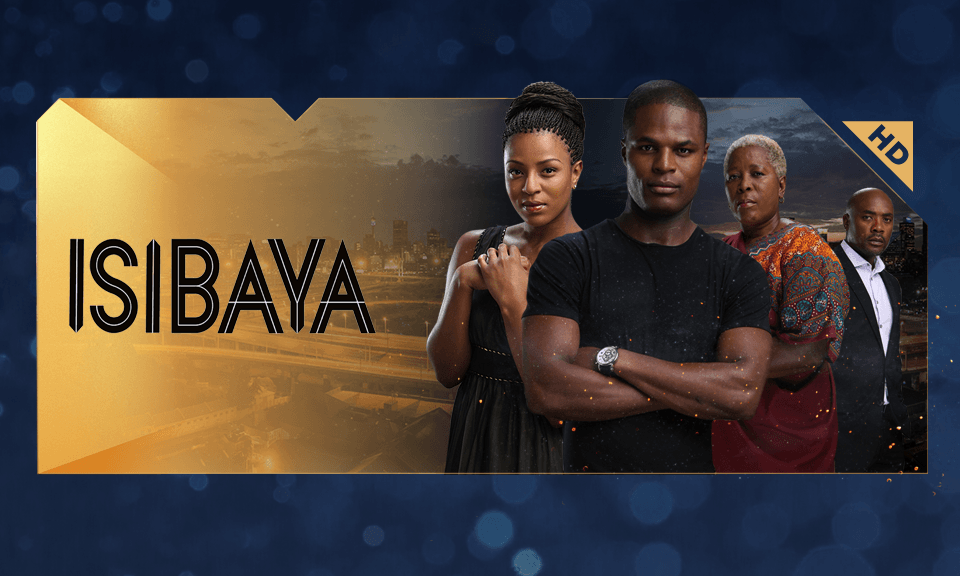 Isibaya October teasers 2019. With nowhere else to go, Phumelele turns to Jabu for refuge. Iris is more than happy to accommodate her. Melusi and Thokozani have a huge fall out when Melusi blames their mother for all of their family problems.

Tuesday 1 October 2019
Episode 147
Thokozani witnesses her mother in an extremely compromising situation. S’khaleni finds himself in trouble with some metered taxi operators, and Jabu has a proposal for Mabuyi’s career that will mean her returning to Jo’burg.

Wednesday 2 October 2019
Episode 148
A guilt ridden Phumelele flees to Bhubesini to escape her impropriety. Iris receives a hostile welcome in Bhubesini when she arrives to discuss the Zungu fleet. S’khaleni finds himself and his passengers in a terrifying situation.

Thursday 3 October 2019
Episode 149
Thokozani lies to Sibongile, and Phumelele masks the real reason behind her sudden return to the valley. A furious Mkabayi confronts Duma about entangling the Zungu’s taxi business with Iris.

Friday 4 October 2019
Episode 150
Duma is heartbroken when he learns of Mabuyi’s decision regarding their future. S’khaleni’s moment of glory is short-lived when his booming taxi app business is suddenly jeopardized.

Monday 7 October 2019
Episode 151
Fenyang arrives unexpectedly in Bhubusini, clearly intent on forcing Phumelele to make a choice. Thokozani wakes up in a hotel room and has to deal with the morning after the night before.

Tuesday 8 October 2019
Episode 152
Mkabayi has to decide what to do about Phumelele now that at least some of her secrets have been revealed. Samson plans a night of romance with his wife.

Wednesday 9 October 2019
Episode 153
Thokozani gets into to trouble at school and then makes it much worse at home when she defies Sibongile.

Thursday 10 October 2019
Episode 154
Thokozani gets a call from her father and her anger leads to the spilling of terrible secrets. Samson finally makes the perfect arrangements to get Khanyi alone for a romantic night.

Friday 11 October 2019
Episode 155
Mpiyakhe knows Phumelele’s deepest darkest secrets, and he summons her to see him. Thokozani is horrified by what she has done, but she is unable to tell her mother.

Monday 14 October 2019
Episode 156
Sibongile panics when she realizes Thokozani is missing. Having faced her husband’s judgment, Shadrack is ordered to take Phumelele back to the valley. But Phumelele has other ideas.

Tuesday 15 October 2019
Episode 157
Phumelele arrives back in Bhubusini to an angry confrontation. Ntandane is fascinated by the beautiful new girl at the rank, and S’khaleni is determined to help him get the girl.

Wednesday 16 October 2019
Episode 158
S’khaleni’s first attempt to help Ntandane with the new girl at the rank does not go as well as they hoped it would, and Siphokazi tries to convince Phumelele to return to Kwamanzini and allow the families to resolve this dispute.

Thursday 17 October 2019
Episode 159
Melusi leaves Protea with a Sjambok in hand, determined to confront Fenyang about what he has done to his family. Ntandane finally plucks up the courage to speak to Nkosazana, but before he can he makes a shocking discovery about the beautiful young girl.

Friday 18 October 2019
Episode 160
Phumelele and Sibalukhulu arrive at Kwamanzini determined to make things right with the Zungus. Ntandane tries to find answers about Nkosazana but is warned to stay away from her by a protective MaMnisi.

Monday 21 October 2019
Episode 161
With nowhere else to go, Phumelele turns to Jabu for refuge. Iris is more than happy to accommodate her. Melusi and Thokozani have a huge fall out when Melusi blames their mother for all of their family problems.

Tuesday 22 October 2019
Episode 162
Mkabayi is up in arms when she learns that Thokozani has moved in with Phumelele at Iris’s place and is determined to get the child back. Duma is heartbroken when Mabuyi cuts her ties with him and opts for a life in Joburg.

Wednesday 23 October 2019
Episode 163
The situation at Iris’s house escalates when Mkabayi arrives to fetch Thokozani, leading to Mkabayi’s arrest.  With the Zungu family seemingly coming apart at the seams, Sibongile is forced to step in and rein everyone in.

Thursday 24 October 2019
Episode 164
The Zungus prepare to put their differences aside in order to support Mkabayi during her bail hearing. Duma and Qondi are once again thrust into each other’s orbit. Fenyang and Phumelele meet again, but it looks like there will be no happy ending for both of them no matter what they do.

Friday 25 October 2019
Episode 165
Phumelele’s stay at Iris’s place reveals just how unequipped she is to exist independently in today’s modern world. Fenyang is confused when Mpiyakhe appears to welcome his fate in prison. Duma and Qondi find themselves falling into old habits.

Monday 28 October 2019
Episode 166
Fenyang tries to convince Mpiyakhe that they must once again delay the case. Saddam and Jerry plan a surprise birthday party, but Beauty has other plans.

Tuesday 29 October 2019
Episode 167
Jabu and Mabuyi both angrily confront Qaphela about his role in the upcoming case. Pam cautions S’khaleni to not give Iris any more excuses to make an example of him, as they need the money.

Wednesday 30 October 2019
Episode 168
Mpiyakhe and Fenyang prepare for the start of the court case. S’khaleni gets into a situation with a passenger and Iris takes the passenger’s side.

Isibaya airs on Mzansi Magic And Africa Magic family from Mondays to Fridays at 20h30.