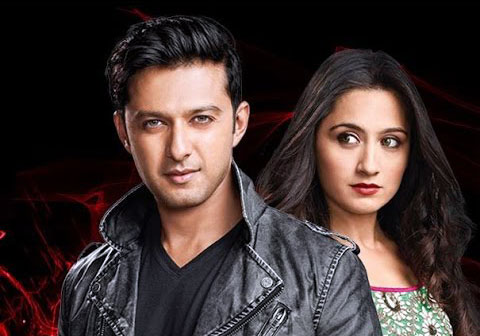 A perfect lie 9 March 2020: Durga thinks who is this calling by an unknown number, Sakshi asks her to answer it. Durga takes the call. The doctor tells her everything. Durga is shocked and cries. She drops the phone. Sakshi smiles. Rajnath and Dayal ask what happened. Durga runs.

Shaurya asks Dev to relax as Durga is his to be wife, her life’s issues are his duty and let me handle it. Sakshi says Durga went without taking Prasad. Let us pray she is not in problem. She asks Shaurya to call her and ask, maybe we can help her some way. Sakshi thinks no one can help her now, she won’t challenge me now, congrats for the end of the marriage. Shaurya comes home and calls Karan. He says lets go to pub, Durga went somewhere, maybe for social service. Shaurya says lets go and drink, I m thinking to call my ex girlfriend Shobana, this good boy wants to have some bad fun, see you.

Rajnath says Dayal is not taking call. Kangana says why is this problems coming. Rajnath says ask your mum, and thinks Sakshi is involved in this, I know she is against Durga and she is after her. Kangana asks what did dad say. Sakshi says you know him, he gets tensed, you relax. Durga and Dayal reach the farmhouse. They see everything ruined inside and are shocked. Durga asks the doctor where is Payal. He says she is in room, stop, be prepared, Payal’s condition is not good, she is not identifying anyone. She is very afraid.

Durga cries says you all wait here, I will go inside the room. She goes to Payal and says Payal……………. Payal says Nitya Di……….. Durga says yes, its me, I came to you. Dayal asks the doctor who were they. The doctor says don’t know, I don’t understand, I called ambulance and called police, we have to admit Payal in rehab. Payal pushes Durga and says don’t come near me, don’t touch me. Durga says look at me, its me. Payal loses her mental balance and says hear the sound, he came here, he had red color on his face and dhols were beating. Durga says there is no one here, nothing will happen to you.

Payal says he will come again. She says about whistle. Durga cries. Payal collapses. Durga asks her to get up and thinks of Sakshi’s words. She shouts Sakshi Goenka. Sakshi thinks Durga might have seen Payal’s state and now you will be punished, you will shout there, I will get peace, shout loudly Durga, but you won’t be able to do anything. Sakshi talks to Mukherjee. He says Dayal made the complaint. She asks him to as she says, else he will get transferred. He says fine. She turns and sees Rajnath listening her. She says your face shows you are thinking what am I planning now and you don’t trust me. She says you are thinking right. He says tell me, what will you do now.

She says a mum can do anything for a child, I m doing this for Shaurya’s good. He asks her to tell him. She says I m sorry, and leaves. Durga and Dayal come to hospital. Durga cries and says Sakshi did this Baba, did you see Payal, her state, so much pain, I can’t see my sister like this. Dayal says I m sorry, you told me its Sakshi’s game behind the puja. I wish I listened to you, but you have to be strong, Payal will be fine. Sakshi asks the servants to feed all the dogs. Durga says how can anyone do this, first Shaurya raped her and Sakshi made her wounds fresh today. Dayal hugs her and says Sakshi and her son are rapists.

Durga says how can she do this being a woman. She says she used someone’s weakness. Sakshi smiles and says street dogs are most poor, I love them, so I want to share my happiness with them. She thinks she wishes to see Durga’s face now. Dayal says she played the game cleverly, she called us there to temple for puja. Durga says yes, I got trapped in her plan, how could I not understand her plan. She says my Payal became alone again, she needed me and I was not with her. Dayal says Sakshi knows Payal is your weakness and she used it.

Shaurya calls Durga. She throws the phone. Dev comes to meet Durga and comes to know she is not at home. Dev thinks where did they go, farmhouse……….. Shaurya plays video games. Sakshi says I don’t get it, whats fun in this loud and violent video game, let me try. He says its not your cup of tea, leave it. She says I guess so. She asks are you upset that Durga left like that. He says no, she might have gone for social service. She says Durga is your to be wife, don’t joke about her work. He says she will call me if she needs me. She says you support me and go to meet her if she calls you. He loses the game and says you distracted me, mission failed. She says why don’t you try again. I think you will win this time. She smiles and leaves.

Dev coming to the farmhouse. He is shocked to see its all broken and ruined. He looks for Payal and asks the servant where is she. The servany says Durga took her to the hospital. The doctor treats Payal and says its good her heartrate is stable now. He says we have to be alert as next 24 hours are very critical. The doctor tells Payal’s bad state to Dayal and Durga, and says its her nervous breakdown and its worst state like before. She asks did they……….. He says no, I checked her, its not physical torture, they have done mental torture, she was mentally weak and she got mental relapse, any stress can be dangerous for her. He says he called a neuro specialist and will conduct tests. Then he will decide the treatment. He goes to see Paayl as she gets conscious.

Durga cries and says Payal’s progress was good. I thought she will get well in one month, but Sakshi targeted her and broke me, this is my failure. Dev comes and sees her crying. He says Durga, I went your home, and I went to farmhouse, I came to know about Payal, hoe is she now, what happened. Dayal says nervous breakdown. Dev says what. Dayal says complete relapse. Dev asks but how. Dayal and Durga go to talk to neuro specialist. Dev goes to see Payal. He thinks about her progress and cries.

He gets Suchitra’s call and tells her everything. Suchitra is shocked and cries. Sakshi sees Suchitra crying and rushing out. She asks where is she going. Suchitra says she has to go hospital. Dev called and said Payal had a nervous breakdown, Durga went because of her. Sakshi acts innocent and asks how did Durga get Payal. She says we all will come with you. Why did Durga not tell us about this? Maybe she felt we are against her, but you know its nothing like this, I don’t understand why did Nitya and Payal filed fake case against Shaurya, but I have forgiven them and they were greedy for money. Its good court did justice with Shaurya, anyway lets support Durga.

Sakshi brings Shaurya to the hospital and thinks she has to make sure Durga does not marry him. Everyone come there and ask what happened to Payal. Suchitra says she did not know Payal is alive.Kangana says its too much, Payal is back in our lives. Shaurya tells Sakshi that it was not good when I came face to face to Durga. She says Durga is Payal’s legal guardian, we have to support her. She asys she knows what happened when he met her last time, and how to trigger her panic attacks, she made sure that Durga is afraid to marry you.

Dev thinks why did everyone come, it can be bad for Payal and Durga. Rajnath asks Dayal what happened to Payal. Sakshi asks Durga about Payal, its good Dev called Suchitra, else we would have nit known it. Sakshi asks waht happened exactly, tell me. Durga gets angry. Dayal calms her and says I will tell you. He tells everything. Rajnath says disgusting, I will talk to commissioner and get those goons. Dayal says I already informed police. Mukherjee comes there and says the goons came there for robbery. Sakshi acts good.

He does what Sakshi told her. He says it’s a robbery gang. Durga says no, it was not for robbery, but to make Payal scared, by doing her mental torture. Durga says it was a coverup to use Payal’s weakn condition He thinks about Sakshi’s words and asks her how did she keep Payal this way, by which right, does she have permissions. He says you know you need permissions to keep mental patients. Dayal says know what you are saying first. He says Payal has her personal medical staff, Durga is her legal guardian.

Mukherjee says show me the paper work and sign the legal papers. Dayal gets tensed. Dev scolds him for being mad to question Durga instead of catching goons. Shaurya too scolds Mukherjee. Sakshi saks Shaurya to control himself and scolds Mukherjee saying Goenka’s name will be added to Djurga’s name very soon, you know the power of this surname, you catch the goons. Rajnath says you can get the guardianship papers from my office tomorrow. He leaves. Sakshi starts acting again. The doctor comes and Suchitra asks how is Payal. He says neuro specialist did some tests and we can tell anything tomorrow, Payal came to her senses. Sakshi says I hope she gets well, Shaurya I guess we should meet her once. Shaurya and Durga are shocked.

Shaurya thinks whats mum saying, if Payal sees me and shouts again. Sakshi says Shaurya forget what happened, I know Payal has hurt you and our family a lot, please forgive her, you are marrying Durga, she is Payal’s legal guardian, so you just have to get over it, come. Durga is shocked and stops them. Sakshi asks what happened. Durga says Shaurya can’t meet Payal. Sakshi thinks Durga lost, now tell me why do you not want Shaurya to meet Payal, tell us that your love is fake for Shaurya. She asks Durga why can’t they meet, don’t she trust him, is she doubting him? You are going to marry him, you love him, but don’t trust him. Sakshi thinks Durga does not have any choice. Payal will have panic attack if she meets Shaurya, it means your love is fake.

Next: Tuesday update a perfect lie