Beyond the cinema walls and after month of its premiere, fans of the Black Panther movie may not be fully satiated with the cinematic experience just yet. The reason is unconnected to topics, counter-topics, quotes and trends still trailing its release.

Recent in this trend is an argument on twitter over who would win in a battle between Gal Gadot’s Wonder Woman and Danai Gurira’s  Okoye, the leader of Black Panther special force Dora Milaje.

While some tweeters were of the opinion that the demigod status of Wonder woman gives her a leverage to easily destroy Okoye,  others insist that that is her only forte, without which she would be defeated by Okoye. 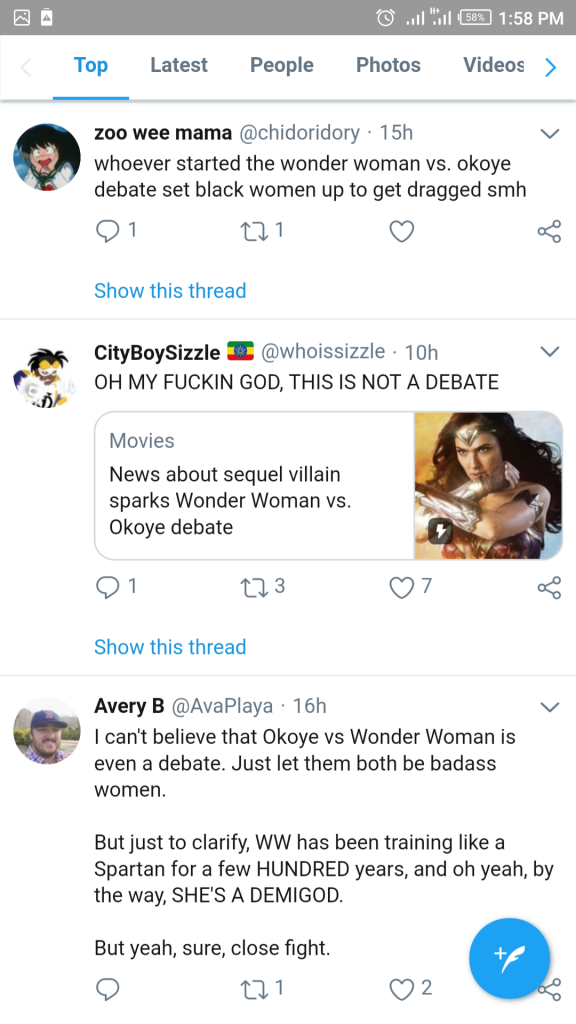 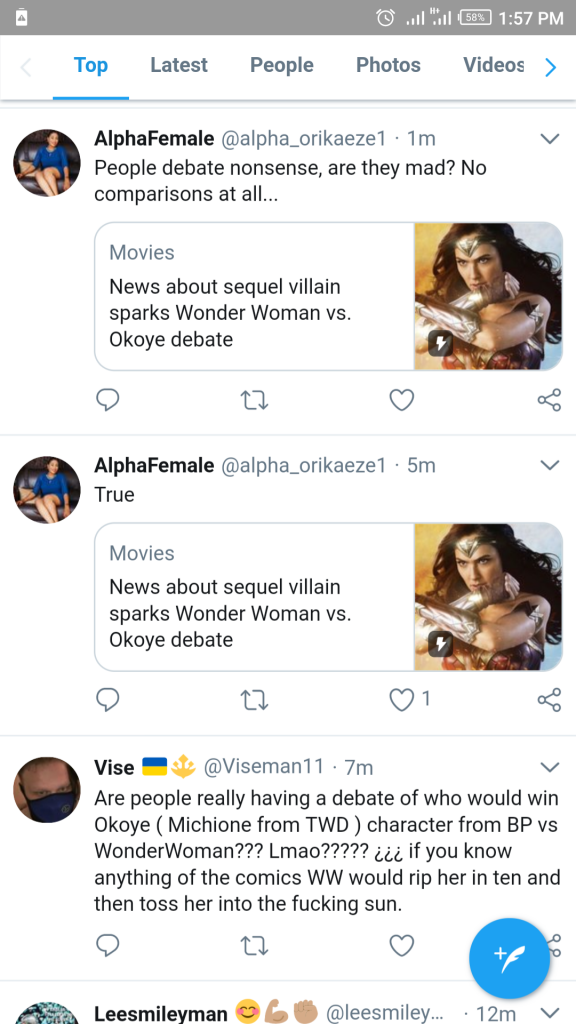 Still others preferring not to dabble in the conflict, shamed the users who had even thought up the comparison, insisting that both women should be respected in their own right.

And in a similar development, a Marvel writer, Roxane Gay and quite acceptably an authority in the character of the two women warrior had this to say: 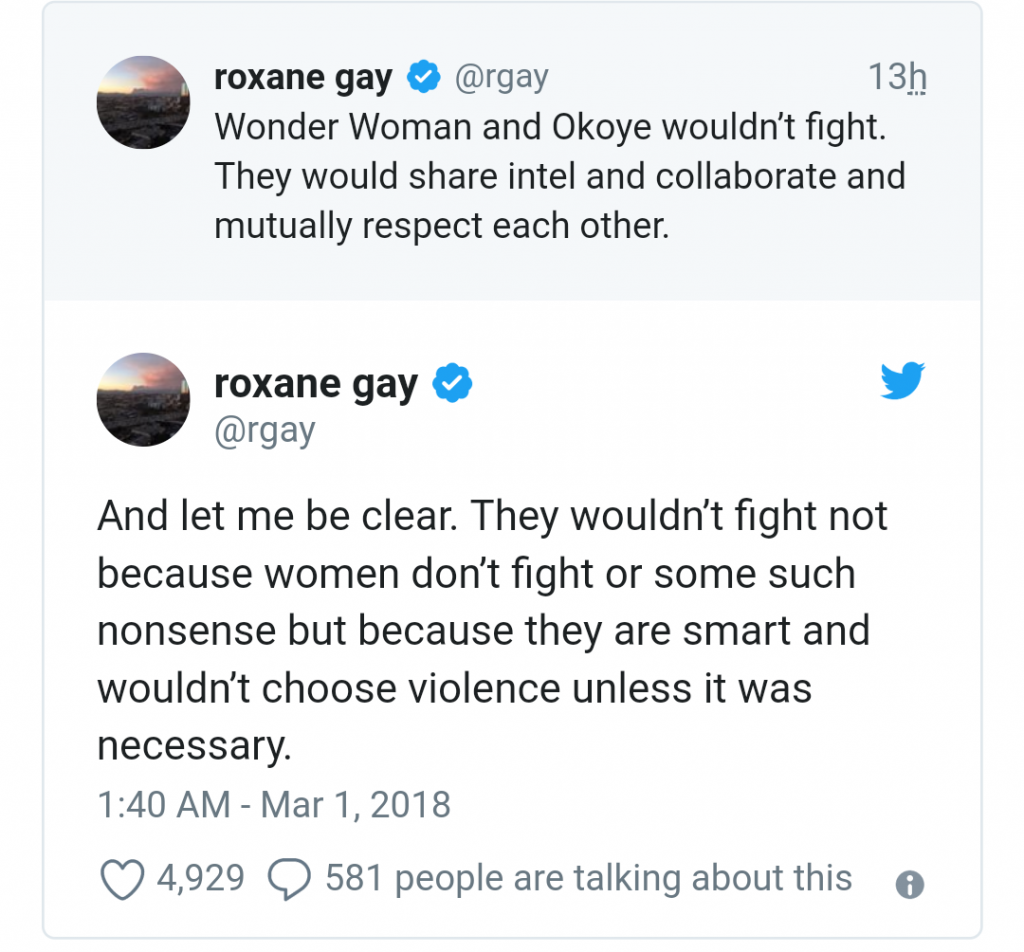 Roxane Gay is the writer behind a “Black Panther” comic spin-off called: “World of Wakanda”. A Marvel comic that ran from November 2016 through March, 2017.

Morale of the story then is: preach love and not war.