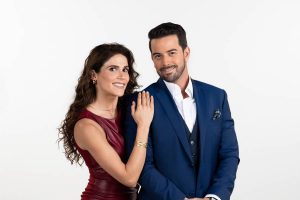 Keeping my family together tlnovela.

Regina Rueda is a woman with clear goals and has the strength to achieve them. She is an executive assistant to the president of a major clothing and footwear company. Due to a sentimental failure, she does not believe in love.

Keeping my Family Together full story.

Patricio Iturbide is the director of one of the most important fashion and footwear companies in Mexico. Upon meeting Regina, Patricio’s life takes a big turn, leading him to have a love story with her.

This is the story of the Rueda family who will face tough tests of fate to prove that love is the only answer, that love transcends everything.

The Rueda family will prove that they must be united and affectionate, and that they can only be whole if they stick together and are supportive, because life itself rolls and gives us important lessons.

And the pillar of this family is an admirable mother, Doña Luz, a woman of values and virtues who loves her three children unconditionally: Regina, Mariano and Lalo, who will reaffirm that the most valuable thing a human being has in life is his mother, she is our rock!

Doña Luz will not rest until her family has solid and unbreakable bonds, she will love her children with all her soul, but, unfortunately, that light could be extinguished sooner than expected, because the Rueda’s will have a powerful enemy: time.

Patricio Iturbide. Regina Rueda and Patricio Iturbide will star in a wonderful love story, full of joyful and romantic moments. But they will also have to overcome several obstacles in order to live their love to the fullest.

Regina Rueda is the eldest daughter and loves her mother with her whole being! Although she doesn’t spend as much time with her mother as she would like because she is very focused on her job as executive assistant to an important fashion and footwear company’s CEO. She has locked her heart after a former boyfriend betrayed her.

Mariano Rueda is Doña Luz’s second son, a responsible oncologist who is ashamed of his own mother. He will marry Constanza Astudillo, daughter of the owner of the hospital where he works. Doña Luz’s third son is Eduardo “Lalo” Rueda, a 19-year-old boy who is trying to find himself, or rather to find a job, but he will quickly reflect and stop feeling like a “loser”.

Love will also be another impulse for Lalo, and he will find it in “Sol”, a poor and hardworking girl. Sol Morales will arrive in Guanajuato after a marriage promise, which Lalo supposedly made to her in their childhood.

What Sol ignores is that everything is a confusion created by another boy who was in the same camp back then: Alan del Olmo, giving rise to an interesting juvenile triangle.

Keeping my Family Together full casts.