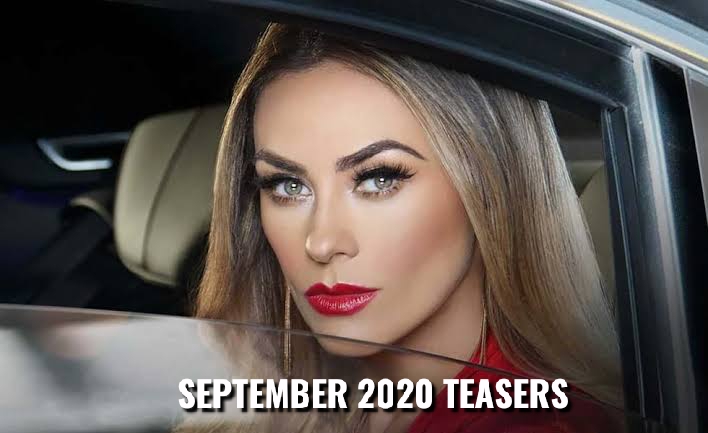 Iron rose September teasers 2020: Felina plots the most satisfying form of revenge, aiming to hit La Doña where it will hurt the most, while Altagracia makes moves to deal with Cabral.

León tells Altagracia that he is planning to ask his wife for a divorce. But then an unexpected attack by Lucho changes everything.

León threatens to make Navarrete pay for the death of his son, while Vidal tries to separate them. Lucho sneaks out the window to Romelia’s house.

Altagracia leaves Navarrete, but refuses to leave the construction company. Meanwhile, Felina and Braulio are lost in the jungle.

Noelia is hurt to see León happy with Altagracia. The guerrillas find Felina and Braulio in the jungle, and at that moment, Diego and JP arrive.

The plan to attack Altagracia is set in motion. Manuel sets the bomb, while Felina convinces Altagracia to go to the appointment at the restaurant.

A sniper watches La Doña and takes aim. Meanwhile, Braulio threatens his father, who begs him not to get carried away by whatever he has been told.

Altagracia is unconscious and in a critical condition. Padilla sneaks into her room, but Matamoros sees him, and a struggle ensues.

Felina worries that Altagracia will expose her if she wakes up. The judge who issued the arrest warrant against Navarrete is threatened by a stranger.

Navarrete threatens Altagracia’s life. Daniel is instructed to hold Fernanda until Altagracia is  released. Padilla and Felina prepare their strategy.

Romelia, seeing a bloody knife, believes that Lucho has killed another young woman. Meanwhile, Matamoros chases Fernanda and kidnaps her.

Romelia sees Navarrete with a mistress in the office. Meanwhile, La Doña hits Fernanda, who confesses the truth about Mónica and Saúl’s deaths.

No one knows where La Doña went after leaving the hospital. When León questions her about her day, she hides information from him.

Altagracia punishes Ruíz, who is then found wounded and handcuffed by Braulio and Felina. Meanwhile, Diego interrogates Lucho.

Altagracia hides her plans from León, while Navarrete invites Romelia to live with him. Lucho teaches Diego how to shoot.

Felina plots the most satisfying form of revenge, aiming to hit La Doña where it will hurt the most, while Altagracia makes moves to deal with Cabral.

Braulio receives news about Cabral, and blames Altagracia. Diego learns from the TV that the woman from the vacant lot may die from gunshot wounds.

The smart building is opened, but Felina’s sabotage causes the temperature to rise uncontrollably, leading to panic among the guests at the event.

Regina returns to the Foundation after resigning from the construction company. Meanwhile, Braulio investigates the link between Romelia and Lucho.

Altagracia has Romelia in her sights. Braulio, after verifying that his son is gay, asks Felina to take him away. Felina argues with him.

Next: month teasers on iron rose

Blood and wine telemundo: Read what happens in the season finale...