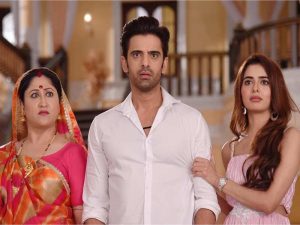 A Lockdown love story starlife: follows the love story of Dhruv and Sonam who are forced to share a house with their respective families due to the COVID-19 pandemic lockdown. The series replaces illusion and starts 13th February 2022.

Dhruv’s mother Nutan and his aunt Sheetal oppose their relationship due to Sonam’s modern ways while her father Pratap finds Dhruv’s family very backward in their thinking. The main supporters of the union are Sonam’s mother Subhadra and Dhruv’s father Shashikant. Despite Nutan, Sheetal, and Pratap’ numerous plots, the wedding of Dhruv and Sonam was still on. Nutan, Sheetal, Pratap, and Tanu collaborated to stop their wedding. Their plan is to get Dhruv to marry his childhood friend Shweta (Milky), who has always had a crush on Dhruv. Milky persuaded Sonam to go to her mother to do bridal makeup while she impersonates Sonam as the bride.

Sonam does so and Milky’s mother manages to drug her to sleep. Sonam wakes up too late and witnesses Dhruv marrying Milky. Sonam tries to explain why she wasn’t at the wedding, but Milky and Nutan place all the blame on Sonam. This continues to a point when Nutan burns herself intentionally. Dhruv, in a fit of rage, throws Sonam and her family out of the house.

Dhruv does not accept Milky as his wife, despite his mother’s pleas. Sonam realizes the truth of what happened on the wedding day and decides to expose Milky to Dhruv as a cheat. Later, Sonam learns she is positive for COVID-19 and the police force the Jaiswals to let her stay in the house as she was staying there before.

In an attempt to return Sonam to Mumbai, Dhruv sends kidnappers after her. However, the kidnappers mistakenly take Milky instead of Sonam. Hulchal and Babloo save Milky from the kidnappers but they call Milky’s mother and demand she tell the truth about what happened on the wedding day to the Jaiswals in exchange for Milky. Their plan almost succeeds but Dhruv spoils it by finding Milky and bringing her back before Milky’s mother could confess.

Dhruv reveals that Sonam never had COVID-19 and it was all a ruse to get her in the house. Later when Dhruv wants to send Sonam out of the house Shasikant opposes his decision and decides to conduct a voting poll for Sonam to stay in the house or not. Sonam wins the voting poll and stays in the house. Later Nutan decides to Dhruv’s future with a coin toss and Dhruv stops that. Later, he knows that both sides are tail so that his mother can win and reveals the truth to everyone.

Dhruv hears Sonam’s side of the story and challenges her to bring him evidence of this in seven days. If she fails, Sonam will return to Mumbai on the eighth day. Now Raghav, Dhruv’s estranged cousin, enters the story. He hates Dhruv and plans on using Sonam, with whom he is in love, to get revenge against Dhruv. He also has a video of Milky’s mother admitting to what happened in the wedding.Due to a misunderstanding created by Raghav, Dhruv throws Sonam out of the house again where Raghav kidnaps her and tries to forcefully marry her. Dhruv rescues Sonam and finally sees the evidence. 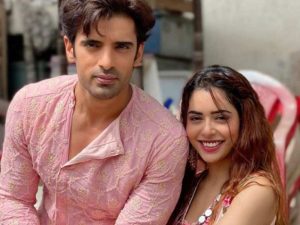 Dhruv confronts the conspirators and he decides to marry Sonam. In order to stop this, Milky tries to burn herself in the kitchen. She then files a case against Shashikant, Nutan and Sheetal, accusing them of burning her for dowry. In order to bring Shashikant and Nutan, Sonam makes a deal with Milky and Raghav that if Milky releases the Dhruv family then she will marry Raghav. Dhruv demands that Sonam marry him after Milky pretends that she realised her mistake and wanted to unite them. On the day of Sonam and Dhruv’s marriage, Sonam writes a letter to Dhruv apologizing to him and Dhruv rushes to Sonam after he finds out that Raghav is forcefully marrying Sonam, from Raghav’s mother Sumitra.

Dhruv and Raghav fight and Raghav shoots Sonam but Dhruv saves her and is shot. The next morning Sonam notices that Dhruv is acting like a child and has lost his memory. To cheer up Dhruv, Sonam dresses up like a kid and helps Dhruv to face all the problems he was facing because of the other children. In the beginning, Milky loved Dhruv but now she hates him because he is equal to a child and doesn’t want him in her life. So she kidnaps Dhruv with her mother’s help but Sonam finds Dhruv.

An attacker tries to murder Dhruv but she saves him seeing her love for Dhruv. Nutan apologises to Sonam for the mistrust. Nutan and Sonam expel Milky from their home. Milky expels Sonam and Dhruv’s family from their house and Milky blackmails Dhruv. Due to the stress, Dhruv falls unconscious and is hospitalised. Sheetal apologises to Sonam and helps her mislead Milky and recover their house. Dhruv’s memory returns. Dhruv and Sonam decide to marry and Sonam’s father approves. Milky schemes to break Sonam and Dhruv’s marriage. She makes a fake report of pregnancy and murders Dhruv’s servant Batasha as he hears her plans.

Seeing this, Milky blackmails Nutan to kill Sonam otherwise she will kill the whole family. Sonam eludes many attacks on her. On the other side, Sheetal and Sonam try to find evidence about Milky faking her pregnancy. Soon, Sonam obtains the evidence and marries Dhruv. 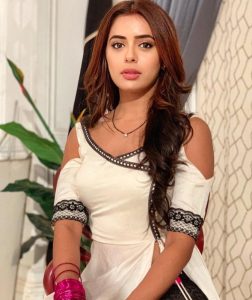 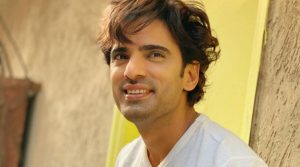