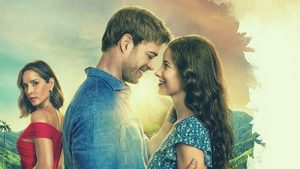 The scent of passion April Teasers 2022.

In the Colombian coffee region, Gaviota saves her boss, Octavio, from a kidnapping. Meanwhile, in New York, Lucía breaks up with Sebastián.

Sebastián tries to get Gaviota out of his mind. Margot blackmails Iván into confessing about the argument that caused Octavio’s heart attack.

Iván tells his family about his plans to marry Lucrecia. Meanwhile, Margarita meets with her brother Wilson and they talk about their new jobs.

When Julia asks Margot about Octavio’s death, Margot plays ignorant. Meanwhile, Sebastián gets a call from Café Elite with some bad news.

Lucrecia asks Lucía to be her maid of honour. Gaviota and Carmenza are excited when they visit the land that Octavio gave them.

Sebastián makes it clear that he has no interest in being the manager of Café Elite. Iván suggests that Pablo Emilio could become the new manager.

Gaviota and Sebastián dance together, and he offers to teach her English so they can move to New York together. Lucía returns to Colombia.

Gaviota confides in Carmenza that Iván tried to abuse her. Meanwhile, Sebastián turns down Lucía when she tries to kiss him.

Gaviota tries to negotiate the land issue with Iván, but he doesn’t respond as she hoped. Meanwhile, Arthur visits Paula late at night.

Iván sends a photo of Sebastián and Gaviota to Lucrecia, who shows it to Lucía. Paula asks Iván to offer Arthur a job at the company.

Sebastián and Gaviota set off on a trip to Salamina together. Carlos Mario asks Pablo Emilio to convince Iván to continue laundering money.

Sebastián tells Gaviota that he doesn’t know if he can live without her in New York. Bernardo apologises to Carlos for their altercation.

Sebastián confides in Marcela that he is in love with Gaviota. Meanwhile, Leonidas asks Gaviota to help him make a documentary on the coffee farms.

Iván tells Pablo Emilio that he will do everything possible to get Aura to resign. Sebastián and Gaviota attend Iván and Lucrecia’s wedding together.

At the wedding, Julia refuses to let Gaviota sit at the main table. Iván asks Carlos Mario to leave the wedding party, but he refuses.

Iván and Sebastián get into an argument about the land Octavio promised to Gaviota. Sebastián threatens to get the police involved.

After rumours are spread about Gaviota, she and Carmenza are kicked out of the farm. Aurelio tries to defend them, but Julia doesn’t cave in.

Raúl steals Gaviota’s phone. Lucía lies to Sebastián about a problem at her apartment, and asks if she can stay at his for a few days.

Sebastián tells Marcela and Bernardo that he doesn’t believe what Wilson said about Gaviota. Iván and Lucrecia return from their honeymoon.

Gaviota tells her mother that she is going to look for Sebastián in New York. Meanwhile, Iván tells Julia that he plans to fire Aura.

Gaviota asks to borrow five million pesos from her mother. Meanwhile, Iván confirms to Pablo Emilio that he will continue laundering money.

Carmenza goes to the police station to try to convince them of Gaviota’s innocence. Lucía takes care of Sebastián when he is sick.

Lucrecia suspects that her husband is unfaithful to her. Gaviota arrives in New York, but the immigration officer at the airport is suspicious.

Gaviota manages to convince the immigration officer to let her enter the US. Aurelio tells Margarita he is interested in her. Lucrecia confronts Iván.

Sebastián desperately searches for Gaviota on the streets of New York. Meanwhile, Gaviota tries to find a hotel within her budget.

Carmenza refuses to give Aurelio details of Gaviota’s whereabouts. Lucrecia installs security cameras in her apartment to keep an eye on Iván.