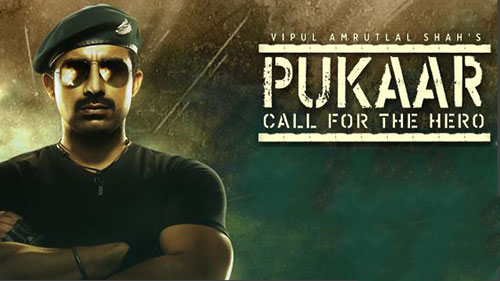 Call for a hero starlife December teasers is about Major Rajveer Shergill who shows up at the right time to rid the city of kidnappings, molestations, land mafia and more. However, Mr Shergill – his father played – is not impressed with him and has disowned him for breaking his trust. What could be the backstory?

Call for the hero shows Saturdays and Sundays on Star life. Catch the December teasers below:

As Rajveer ignores Naina, she agrees to work for Rastogi. Later, Rastogi plans to plant a bomb in Shivajinagar but Rajveer manages to foil his plan by preventing Rastogi’s associates from planting the explosives. Rastogi vows to destroy Rajveer.

Rajveer discovers that Rastogi abducted Aarti. Rastogi blackmails Amar by threatening to kill Aarti if Rajveer confronts him. However, Rajveer refuses to listen to Amar and decides to rescue Aarti. Will Rajveer rescue Aarti before it’s too late?

Rajveer agrees to return Raghu’s tape to Rastogi. Amar and Pradhan are shocked as a few miscreants rob some documents belonging to the people of Shivajinagar. Later, Rastogi executes his plan and blackmails Rajveer. Rajveer decides to heed to Rastogi’s demands.

Rastogi strives to escape from Shivajinagar. Later, Rastogi manages to contact his associates and plans to kill the people of Shivajinagar. On learning about Rastogi’s plan, Amar tells Rajveer to stop Rastogi. As Rastogi tries to attack Shivajinagar, Rajveer beats him up.

Brave and beautiful replaces the slot and airs Mondays to Sunday starting December 2020.