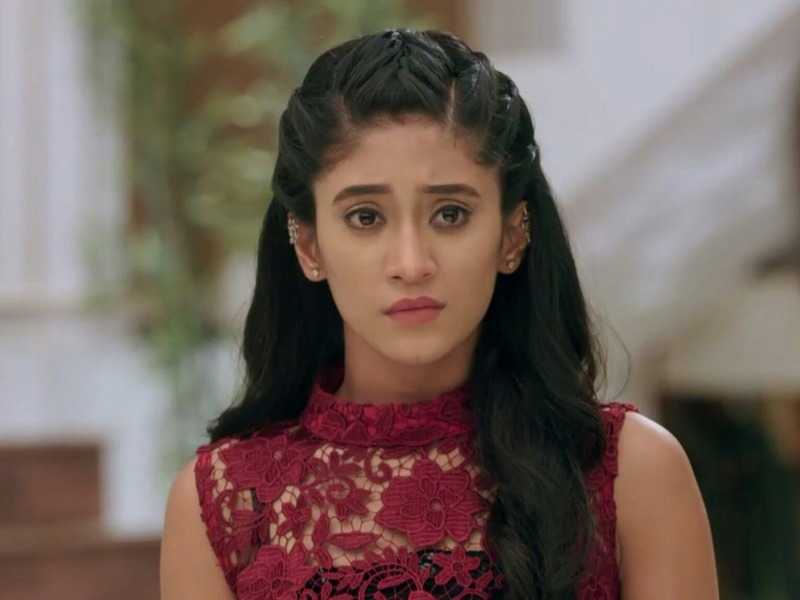 In June 2019 Not without my family StarLife series will be going on a seasonal break, read full teasers here

Saturday 1 June 2019
Episode 2564
Kartik and Naira get into a conflict with Dadi as she differentiates between a boy and a girl. Kartik’s drastic decision leaves Dadi shocked!

Episode 2565
Aryan vents out his frustration on Kartik. Kartik and Naira decide to support Aryan and want him to handle the family business.

Sunday 2 June 2019
Episode 2566
Kartik helps Naira to manage a situation at her dance academy instead of going to the office, leaving Manish enraged.

Episode 2567
Unable to bear Dadi’s behaviour towards Naira, Naitik lashes out at her and exposes her in front of the Goenkas. Aryan tampers with Kartik’s project presentation.

Episode 2569
Manish appreciates Aryan for his presentation, while Kartik feels sorry for failing at it. Later, Kartik helps Naira with the anklet.

Episode 2571
Naksh bonds with Kirti. Naira wants Kartik to focus on the family business. Manish gets furious at Kartik’s incapability to handle the project.

Wednesday 5 June 2019
Episode 2572
Naira arranges a room in her academy for Kartik’s meeting so that he can attend her dance after he is free. Meanwhile, the government officials head to demolish the dance academy.

Episode 2573
The Goenkas and the Singhanias are surprised to see Kirti and not Naira dancing on the stage. Naira struggles to convince the government officials against demolishing her dance academy.

Thursday 6 June 2019
Episode 2574
Naira stands in front of the bulldozer to stop the officials from demolishing the academy. Later, Naitik, Naksh and Aryan handle the situation while Naira’s dance mesmerises everyone.

Episode 2575
Priyanka requests Naitik reveal the truth to his family. Dadi has a gift for Naira for her brilliant performance. KaiRa cut the special cake sent by Naitik.

Friday 7 June 2019
Episode 2576
Kartik misunderstands Naira for keeping him away while Naira is upset because of his indifferent attitude.

Episode 2577
Kartik feels tense on seeing Naira’s car deserted on an empty street. Later, Manish informs him that she has already reached home. Will he understand Naira’s reasons for not calling him?

Saturday 8 June 2019
Episode 2578
Kartik refuses Naira’s request to join her, Naksh and Kirti at the restaurant. Later, Kartik comes to the same restaurant with his friends. How will Naira react?

Episode 2579
Swarna feels that all is not well between Kartik and Naira. Kartik asks Dadi and Kirti to stay mum about their doubts regarding Naitik and Priyanka.

Sunday 9 June 2019
Episode 2580
Naira confronts Shubham for deceiving Kartik and threatens to expose him. Later, Kartik and Naira secretly admire each other.

Episode 2581
Dadi gets furious at Naira when she goes against her wish to make offerings to the temple and redirects the truck containing the goods to another place.

Monday 10 June 2019
Episode 2582
Kartik and Naira argue with each other. Later, they dress up as Shiv and Parvati to get remarried. Naitik becomes nervous and leaves the mandap, feeling dizzy.

Episode 2583
Dadi doesn’t disclose that Naira gave her the idea of donating the food to the poor on the occasion of Maha Shivratri. Naitik faces an embarrassing situation. Why?

Tuesday 11 June 2019
Episode 2584
Naira and Kartik rush to the Singhania house when Naitik locks himself in his room. Later, when the Goenkas visit them, Naitik tells everyone that Priyanka is just his friend. Is it true?

Episode 2585
Naira plans to surprise Kartik on Valentine’s day, while Kartik is also excited to celebrate the day with her. But, why is Dadi annoyed?

Wednesday 12 June 2019
Episode 2586
Things don’t go as planned for Kartik and Naira on Valentine’s Day and they end up taking shelter at a Dhaba. Elsewhere, Naksh shares his feelings with Kirti.

Episode 2587
An intoxicated Kartik leaves Naira alone at the burning dhaba. Later, Naitik and Naksh are in a fix as Naira is trapped inside.

Thursday 13 June 2019
Episode 2588
Naksh and Naitik manage to save Naira, while a few men bring Kartik back to the Goenka House. Will it lead to misunderstandings between the two families?

Episode 2589
Naira returns to the Singhania house. Swarna requests Dadi not to create a rift between Kartik and Naira. Dadi asks Naira to return home as Jiji will be visiting the Goenkas.