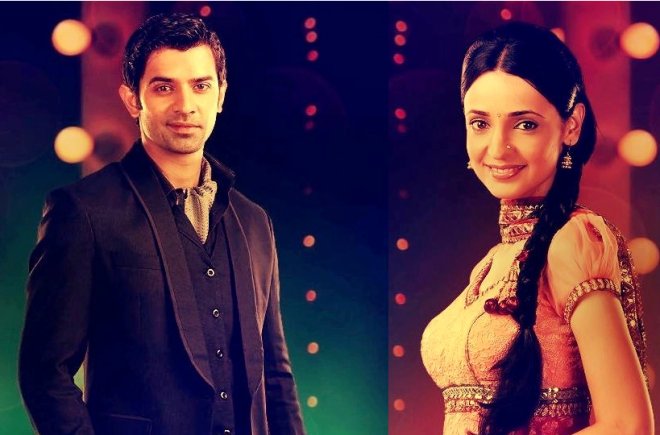 It’s the season finale of Forbidden Love this September.

Khushi tears up the DNA test report after an offended Arnav tells her that he never had an intimate relationship with Sheetal. Will Khushi find Aarav’s father?

During the basketball match organised by Khushi to please Arnav, Sheetal and Arnav argue over who is better at the sport. While Aarav, Nandkishore and Akash join Arnav’s team, Khushi and Manorama join Sheetal’s.

Sheetal promises to arrange a meeting between Aarav and his father. The Raizada family gets curious on seeing Aarav in a good mood and asks him about it. Will Aarav tell them the reason for his happiness?

Sheetal breaks her promise and sends Aarav to school instead of taking him to the cafe to meet his father. But Aarav manages to go to the cafe secretly. The class teacher informs Sheetal of his absence from school. Will Arnav, Khushi and Sheetal be able to find Aarav?

It is the first Karva Chauth for Khushi and Payal after marriage. Khushi finds it difficult to fast for the entire day. She finds out that Sheetal is also fasting. But for whom is she celebrating Karva Chauth?

Sheetal is jealous when she sees Arnav and Khushi celebrating Karva Chauth together. Arnav gifts a catering company to Khushi. But what happens later that Khushi breaks down into tears?

After seeing the DNA report, which states that Aarav is related to Arnav, Khushi questions Sheetal. Sheetal asks her not reveal this to Arnav. Aarav is upset about the father’s day celebration at his school and so Khushi asks Arnav to go to Aarav’s school.

Everybody is stunned when Arnav participates in Aarav’s school event on father’s day. He and Aarav win a music competition together by playing drums. Arnav talks to Khushi about starting their family. What will Khushi’s reaction be?

Arnav denies the claim of Aarav being his son and says he was never intimate with Sheetal. But she says he was drunk when it happened. She decides to leave his house with Aarav. Khushi tries to stop her. Will Sheetal go away?

Aarav tells Arnav about his stay in an orphanage. Meanwhile, Sheetal secretly plans her revenge against Arnav. Will Khushi notice the change in Sheetal’s attitude?

Arnav exposes Sheetal’s lie before the Raizada family. She had adopted Aarav and trained him to behave like Arnav. What was her actual intention?

Khushi and Arnav get into an argument over bursting crackers. Aarav becomes furious at Khushi for not letting him eat sweets before the puja. Arnav makes rangoli along with Khushi. What is the celebration about?

When Arnav gets a bicycle and a cricket bat for Aarav, Khushi asks him not to indulge Aarav with expensive gifts. But Arnav tells her not to interfere in matters of money. Khushi takes up his taunt as a challenge. How is she going solve the problem?

Khushi rejects Arnav’s proposal to work at his office and makes up her mind to participate in the Mrs. India competition. How is her family going to react?

When the Raizada family finds out that Khushi aspires to participate in the Mrs. India contest, Nani teaches her to dance but Manorama feels dismayed. She plans to sabotage Khushi’s preparation for the competition. What will she do?

Arnav plans to make Khushi the head of a fashion designing project in his firm. She rejects it and visits the Glamglitz event company to audition for the Mrs. India contest, but panics on meeting the judges of the show. Is Arnav aware of Khushi’s plan?

When Khushi introduces herself, a famous model, Natasha, interrupts and ridicules her. Khushi returns home dejected. Will Khushi get through to the next round?

Arnav joins Riya and Jay as the third judge for the fashion show. Arnav is shocked to see Khushi participating in the contest. How will Khushi react on seeing Arnav as a judge?

While the contestants undergo physical training, Arnav asks Sam to enhance Khushi’s workout. The Raizada family is informed by the contest organisers that the media wants to interview them. Manorama is extremely excited about the interview. What will they reveal in the interview?

Vikrant, the contest organiser, eliminates Khushi, as she refuses to wear a swimsuit. But Arnav intervenes and changes the rules of the contest. Khushi appreciates his assistance and Arnav reminds her of something.

Sam selects costumes for the talent round and Amrita plays around with Khushi’s gown. Her dress tears on the stage. How will Khushi cope with this embarrassment?

Jay allows Khushi to pair up with a family member instead of Arnav for the husband and wife round. Khushi reveals her strategies for the round to one of her fellow contestants. Whom did she confide in?

Amrita hires a man to pose as her husband for the husband and wife round. But Jay and Riya learn about it and disqualify her from that round. Khushi manages to impress the judges. Whom does she call on stage?

Forbidden Love is replaced by Made for each other.

My Identity Starlife May 2021 teasers

The Evil Eye May 2021 teasers Starlife

Starlife: Chasing my Heart teasers May 2019