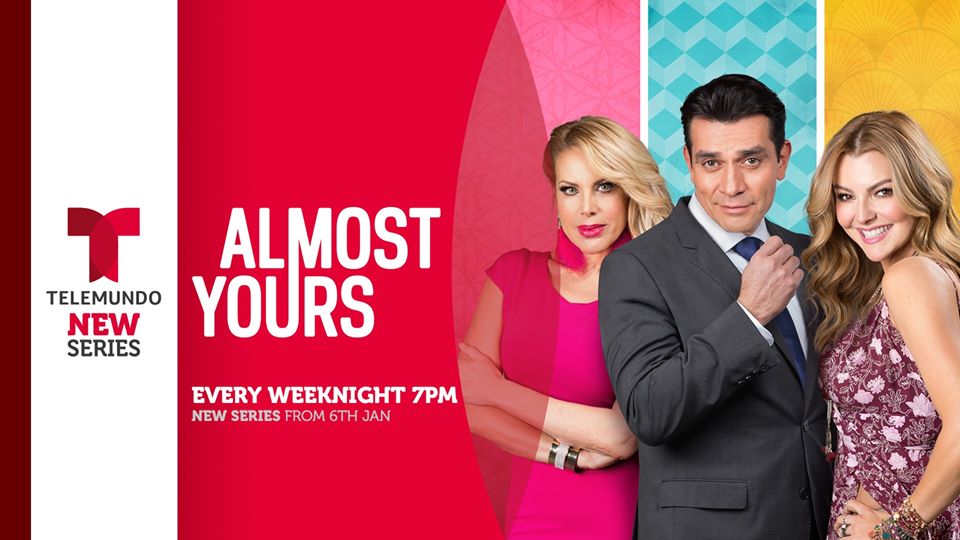 Almost yours telemundo: Antonio Solano is a wealthy man who has the interest is his family in heart. However too much pampering and provision leads them to become dependent and selfish. And now he has had enough of their antics. Almost Yours stars Jorge Salinas as Antonio Solano And Marjorie de Sousa as Julieta Vargas

Almost yours telemundo full story: Antonio Solano is an extremely successful family father who comes from a humble family, so he strives to give his family everything he could not have in his youth. In his eagerness that his family does not lack anything, Antonio is generous to the point of spoiling his wife and children; as a result the three kids, Eduardo, Javier, and Viviana become good-for-nothing spoiled brats, doing nothing but spend the money in superficial things, while his wife Catalina only worries about staying beautiful with surgeries. To top it all, his own sister Leticia and her husband as well as Catalina’s mother are on-and-off gainers of his wealth as well.

On the day of his birthday, Antonio realizes what he has caused when none of his loved ones remembers to congratulate him, and to top it off they only appear to ask for more and more. That’s when Antonio finally snaps and decides to put a limit: from now on each of them will have to work to earn a living. His life falls apart with the arrival of Julieta, whom he almost hits with his car as she was running away from her wedding once she discovered the truth about her groom. Julieta becomes a person from whom he will not be able to separate and she may just become his for keeping.